Musselwhite digs deep on his first album in four years... 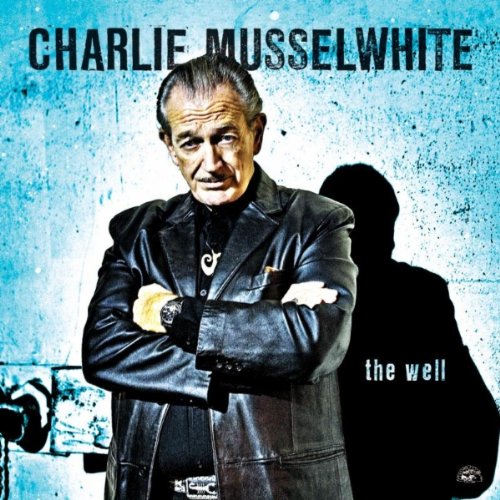 We've heard many a song or album described as the most personal thing an artist has ever done, whether by a critic or the artist themselves.  I don't know if The Well is the most personal record of Blues Hall of Famer Charlie Musselwhite's career but I can't imagine how much deeper he can dig than he has on The Well, his first album in four years.

A trio of tracks on this album takes us deep inside the heart of Charlie Musselwhite through some of the most painful, defining moments of his life.  "Dig The Pain" and "The Well" take us along his road of alcohol addiction and the path that led him to recovery.  Each is powerful and personal on their own but sequencing them together adds to the effect.  "The Well" is two remarkable stories in one: Musselwhite tells us about learning about baby Jessica McClure falling and becoming trapped in a well in Texas in 1987 and how he was so affected by the event he pledged he'd not have a drink until she was rescued.  Three days later, McClure was rescued and in a sense, so was Musselwhite who has been sober for 22 years.

He also opens up about the 2005 murder of his mother in Memphis in "Sad And Beautiful World."  The song is almost like a letter he's written her, telling her things he wishes he'd told her before her death and also updating her on how he's coping with it all five years later.  The great Mavis Staples duets with him and even though this isn't a dialog between mother and son, her warm, gentle vocal evokes a materal presence that only makes this song more poignant.  Sad and beautiful, indeed.

He continues the personal touch in "Cook County Blues."  Musselwhite isn’t writing and singing about a fictional character or a chap he knows.  This is his story of getting tossed in Chicago's Cook County Jail.  The story is retold years after the fact and there's a little touch of humor in the presentation, although you know this is one of those stories that wasn't a bit funny at the time.

Opening cut "Rambler's Blues" is one of the best, pushing Musselwhite's signature harp out front over a thick backing guitar track that has a little crunch and just a little ring to it.  He has perfected a blend of blues that combines Chicago and Memphis and this is a textbook example.  His vocal is easy and relaxed, delivered with just a little drawl,  just a fraction behind the beat.  The instrumental "Clarksdale Getaway" opens with a Muddy Waters/Jimmy Rogers pure-Chicago riff, followed by Musselwhite's harp, amplified and sounding like something recorded in a small room on Michigan Avenue 60 years ago.  Nothing is rushed.  Nothing is rocked.  This is Chicago blues with stately Southern charm.

"Where Hwy 61 Runs" is as close as he gets to raising his voice beyond the laconic drawl heard throughout most of the record.  Lyrically this is another "road song" with the blues as a constant companion, riding shotgun.  His deep, Southern roots make him an ideal tour guide and this is obviously a man who has traveled many a mile with those blues that, as he sings in the opening lines of the song, found him at an early age.

Taken as a whole, The Well is deep and overflowing with emotion.  The sound is never harsh nor does it get too loud or aggressive and the music is rich and beautifully realized.  Musselwhite's harp is captured with and without amplified distortion and is alternately pushed front and pulled back in the mix and his playing is as magical as ever.  As the final kiss from that harp is blown at the end of "Sorcerer's Dream," you feel you've traveled a familiar road with a familiar friend but you've seen things you never before noticed.  Have they always been there or did they spring forth like magic?  Lower your bucket back into The Well and maybe you'll find your answer, or maybe you'll decide it really doesn't matter.