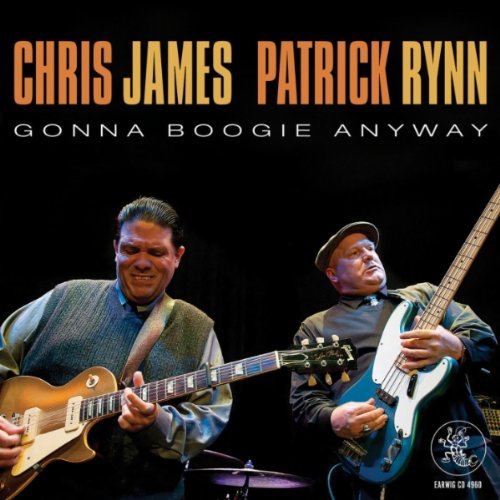 I'm continually amazed when I hear contemporary blues musicians play traditional blues music that doesn't sound like contrived, cliche-ridden imitation. It's not easy, which probably explains why so many of those who might have been inclined to try abandon it for the greener, easier pastures of the blues' offspring, rock and roll.

In high school foreign language classes, I began from the mindset of an English speaker trying to translate thought into another language: "How would you say ________ in Spanish?" or "What's the word for ________ in Japanese?" I never got to a point where thoughts formed in those languages, always requiring premeditated thought and translation.

Everything feels instinctive: the grooves, swings, and solos all feel like they belong exactly where they landed and as if they couldn't have come out sounding any other way. Nothing sounds out of place and it's all done without sounding labored or studied.

The album opens with “Money Don't Like Me,” a great original that mixes Chicago's classic blues sound with a big city, doo-wop swing delivered courtesy of Sam Lay's drumming and the twin tenor saxes. Lay drummed for Howlin' Wolf and on countless other Chess singles and he also played a significant role in bringing James and Rynn together, hiring them both to play in his combo. “Money” is so good they put in on Boogie twice, once with James' smoking vocal as well as an instrumental take. “Life Couldn't Be Any Sweeter” rides James' gritty slide work and some greasy sax with some timeless tinkling from veteran sideman Henry Gray, who also played with Howlin' Wolf as well as Billy Boy Arnold and a slew of others. The duo twice pay tribute to the great Bo Diddley, doing a remarkable job of recreating his signature rhythmic style on “Dearest Darling.”

One of the finest moments comes when James, Rynn, and pianist David Maxwell slow things down on “You Can't Trust Nobody.” Maxwell's piano sounds like it was pulled from a saloon from one of those classic Westerns. Rynn swaps to an upright bass and locks in with Maxwell, allowing James to ride the top with his guitar and vocal. Another highlight is the punishing instrumental, “H.M. Stomp.” The rhythm section of drummer Eddie Kobek, Gray, and Rynn creates a deep, dirty pocket for James and harp man Bob Corritore. And Corritore cuts through that beautiful murk, making his notes shake like the great Walter Horton did for so many years.

Otis Spann released an album in 1966 called The Blues Is Where It's At. That was true then and Gonna Boogie Anyway stands as proof that it's true today.