One of the best records no one has ever heard... 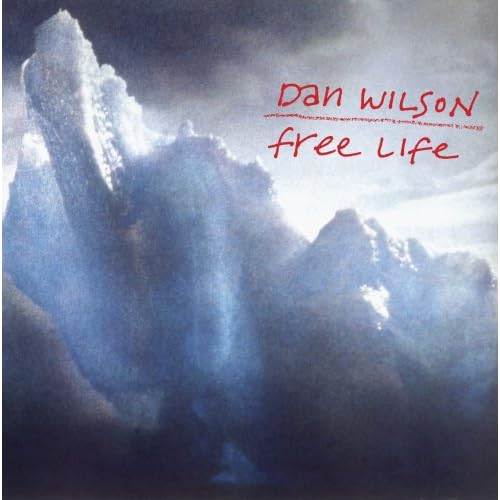 Welcome to this week's Big Tent Revival.  I'm here to evangelize your ass, preaching the word and performing miracles on behalf of another record you're not listening to.

Actually, I'm repeating myself.  I've been banging away about this album and fat lot of good it seems to be doing.  Some people would stop banging their head against the wall, if only to avoid the dirty looks.  Add "wall banging" to the long list of things I'll stop doing the moment I start caring what other people think.  Besides, this isn't about me.  This is about you and a record you need to hear.

If you still need convincing to check out Dan Wilson's debut solo album Free Life, you're not alone.  It took some convincing just to get the record released.  Glen Phillips says he heard some of these songs when they wrote together for his 2005 album Winter Pays For Summer.  It wasn't until Sheryl Crow pitched Wilson's name to American Recordings honcho and music producer Rick Rubin that this album finally got its chance for a day in the sun.

On Crow's recommendation (she sings guest vocal on "Sugar"), Rubin got together with Wilson and liked what he heard enough to pair Wilson with The Dixie Chicks during the writing of their Grammy-winning album, Taking The Long Way.  He then stepped in as executive producer and supervised the final stages of Free Life.

The centerpiece of the album is the title track.  "Let's fall in love again with music as our guide," begins the second verse, "Let's raise our steady hands and let go for the ride."  That sounds like a trip worth taking.   I love it when a record or a song makes me think as well as feel.  Picking up with the second verse of "Free Life:"

I've never thought about life like that!  I've don't buy into the whole "reincarnation" thing, but what about the idea that the forces of life are recycled, even if our souls and identities are not?  It's a cool idea, to me.  Maybe the life force that keeps me alive will power someone else when I'm done with it and I'll continue the journey of what comes next without it.  Maybe not.  It's a fascinating way of looking at the world and life and its connections and possibilities.  Maybe I'm completely missing his point.  Even if I am, the song has succeeded in making me think, at making me look at the world from a different angle.

This is a meditative record with pop charms that are often hidden. Many of these songs – like "Sugar," "Golden Girl," and "Baby Doll" — are delicate, fragile, and sometimes spiritual.  Those adjectives explain why this album will worm deeply into the hearts of those who hear and embrace it.  They also explain why this thing is fuckin’ D.O.A. with hipsters, insiders, and executives.

There are places where the pop elements are less hidden.  “She Can’t Help Me Now” is short, sweet, and infectious. The lyrics are simple, the chorus nothing more than the title repeated, yet I can’t seem to get this one out of my head.  "Cry" opens simply but becomes something grand.  "Hand On My Heart" borrows some of its energy from the U2 tradition of earnest anthems.  "Against History" picks up the pace and gives the album some tempo variation and "Easy Silence," a song he co-wrote with the Dixie Chicks that first appeared on their album, has some nice slide guitar playing.

As you prepare your Christmas shopping lists this season, remember:  Free Life is the present you give to the nice people, Now That's What I Call Music Vol. 92341 is the lump of coal for the naughty (flip that around for all the weirdoes out there).  This is the kind of album that finds its way from listener to listener by word of mouth, not mass media exposure.  Take a chance, kids, and make Dan Wilson pause on Thursday to be thankful for my big mouth.