'Love To Beg' is a solid, pleasant, satisfying listen even if it is a very familiar package. 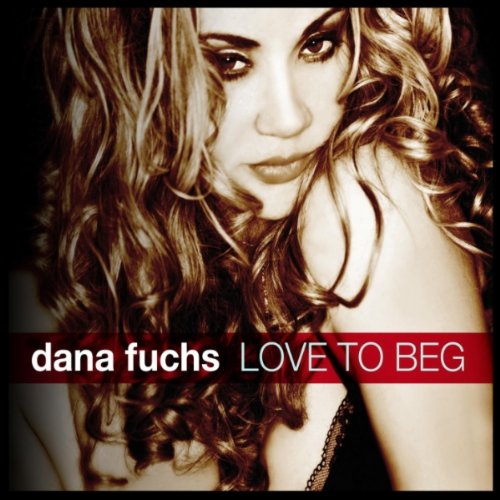 Dana Fuchs got a big break with her starring role in the film Across The Universe and she hasn't stopped since. Love to Beg is her second studio album and follows up a live album she and her band have been touring in support of.

Love To Beg is a solid effort from the emerging singer/songwriter but is still most notable for Fuchs' vocal similarities to Janis Joplin-via-Melissa Etheridge and the blues-rock construction and sound rather than the songs themselves. It's not that the songs are bad – some of them are quite good -- they just aren't memorable beyond a sense you've heard this all before. It's to Fuch's credit you won't end that sentence with "and heard it better."

She's a capable singer and there are strong vocal performances throughout the album, but they are undercut by a sameness of delivery despite attempts to change the tempo and tone of the record. Producer Jon Diamond slaps some sturdy slide guitar work, providing some needed grease to the sound but even that starts to feel too familiar after awhile.

Fuchs generally sounds best on the harder, edgier songs like the title track and "Faster Than We Can." Of the change of pace tracks, the soul-pop of "Summersong" works best. Her cover of Otis Redding's "I've Been Loving You Too Long" is an excellent showcase for what she does best and where she needs work. She brings more heat than the tender opening needs but soars at the conclusion when she's belting it out.

Love To Beg is a solid, pleasant, satisfying listen even if it is a very familiar package.