A beautiful record that helped me tear down the wall... 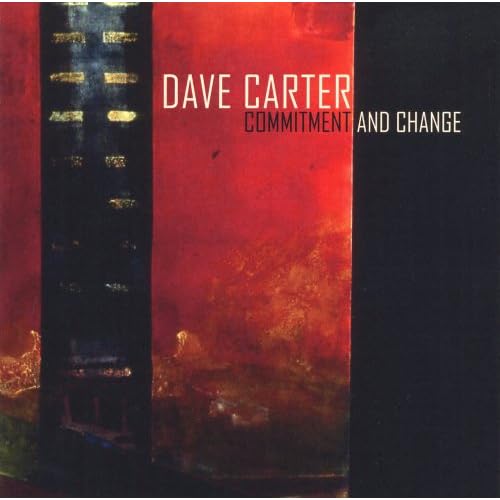 I understand less than a teaspoon of the total jazz output, and that has succeeded in keeping me well beyond an arm's length of even trying. I don't know why I treat jazz and classical differently, like they're not still music but I do. There's something about jazz and my perception of its culture that keeps me from trying to get my ears around it, and consequently I've lost out on some great music.

One of the great advantages of doing this thing I do is that sometimes music I wouldn't go looking for finds me. Such is the case with Commitment and Change, the Fast Horse Recordings debut of trumpeter Dave Carter. Rather than having to go looking for it or even having to take a gamble on something well outside the scope of my typical interests, this album came to me. It is already becoming one of my most listened-to albums of the year.

Carter may not be a household name, but he's spent the last several years amassing some impressive performance and recording credits. He recently moved to the San Francisco Bay area from Seattle and has performed with Wayne Horvitz, Bill Frisell, Skerik, Robin Holcomb, Tim Young, Amy Denio, Aiko Shimada, and Eyvand Kang among others. He has also guested on Tuatara's West Of The Sun and Martin's solo records The Painted Desert and Earthspeaker.

Even though I'd been looking forward to this album since Fast Horse founder Barrett Martin first mentioned it early this year on my BlogTalkRadio program B-Sides Concept Album, there was some apprehension on my part when it arrived. What do I do with a jazz record? Apparently, just listening was not an option- at least not one that came to me immediately. I was completely unprepared for how stupid I was for thinking I somehow needed to prepare myself at all.

The opening notes of “Short Street” mesmerized me. Piano/keyboardist John Rangel's piano and Barrett Martin's quiet, light touch drumming instantly disarmed me. I felt the tension leave my body when Carter's trumpet and upright bassist Luis Guerra – another Martin collaborator – joined in.  The barriers I felt melted away.  This wasn't jazz, it was music.  The swinging, nocturnal sounds enveloped me. I couldn't explain it, but I understood it.

Guerra's bass anchors the foundation of the mysterious "Pusa Lulu." Rangel trades his piano for a keyboard, and over the course of the track he and Carter establish and explore delicate themes. The beauty of those ideas would float away, but are given weight by Guerra's bass.

“5 AM” doesn’t feel like jazz, or at least my uninformed, preconceived notions of jazz. Martin’s drumming and percussion more closely resemble some of the world-music-inspired compositions on his solo records than the jazz style he plays elsewhere on Commitment and Change. While Rangel's piano is an enjoyable, integral part of this record, removing it for one shakes up the sonic direction and texture of the record.

Rangel returns on “Ok Anyway,” and his work is a vital part of one of the album's standout tracks. While not complicated, his insistent chords open the song and create a mood. As the composition progresses, these repeated chords evolve into some more delicate playing. In addition to drums, Martin supplements Carter’s trumpet and Rangel’s piano with some atmospheric work on the vibes. It’s not easy to talk about a song’s vibe and the vibraphone in the same paragraph. Luis Guerra is allowed to bring his upright bass work to the forefront for a few bars near the song’s end before the composition returns to where it began. Similarly, the circular “Nopajam” repeats ideas without becoming repetitive.

Carter wrote all 12 tracks on the album and while it is billed as a solo record, it is very clear he respects the talents of his collaborators. Carter's trumpet is the lead instrument, but he never weighs his compositions down with empty noodling. By allowing songs to stay for six, seven, and eight minutes at a time he can both get his point across and give his sidemen a chance to shine. Moving himself in and out of the spotlight allows the songs to breathe and keeps listeners engaged.

For 70 minutes, I let the music take me on its journey rather than fighting its current. I went where it took me, allowing it to speak and myself to feel. Sounds, images, and emotions flickered like an old-fashioned movie projector. Music doesn't have to be understood to be enjoyed. I'm not championing idiocy and ignorance. Understanding and knowledge are good things and are worthy goals in any of life's pursuits, but they aren't always necessary for everything. I don't have a jazz vocabulary and I love this record. Maybe I'm the only one who thought those things were mutually exclusive, but I don't anymore.