David Cook's 'Morning' may be loud, but that doesn't make it interesting... 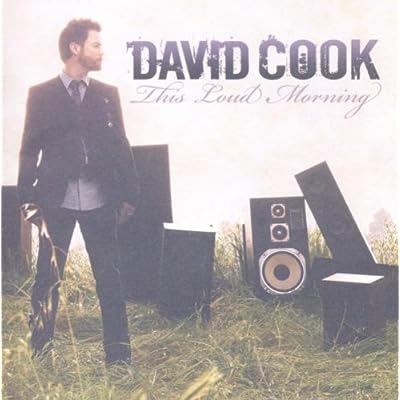 David Cook’s second post-Idol album This Loud Morning was released at the end of June and there has just been so much musical goodness out there, I haven’t had time to put my thoughts to paper until now. That’s my story and I’m stickin’ to it.

Let me preface this review by saying that while I have bashed David Cook in the past, both privately and publicly, I am approaching this with the most open mind imaginable. As most of you know, I review Idol for the site and I probably mentioned not being a Cook supporter, I was pretty bummed he beat out the angel-voiced David Archuleta on the show’s seventh season- not to mention what he did to the Chris Cornell version of Michael Jackson’s “Billie Jean” is punishable by death in 17 states.

My first impression was this album was unremarkable enough, and I must admit I giggled a little at the title of the opening song being “Circadian” because this entire CD could absolutely lull me into the best sleep I’ve had in months.

The second and third songs (“Right Here, With You” and “We Believe”) blended together making it feel like one awfully long, sub-par effort. “Fade Into Me” starts off and sounds like ten songs from the mid-late ‘90s and the theme is pretty exhausted and Cook brought nothing new to the table here, lyrically or vocally. “Hard To Believe” is Cook’s “trying to be anthemic” song and I’m guessing it’s the tune that classifies him as rock. Skipping ahead to “Time Marches On” and we have what would be my favorite song if someone were holding a gun to my head, my only reprieve being to name a favorite David Cook tune. It’s generic and takes me nowhere special; the beginning is the best part of this song.

The rest of the album is much the same and ending with “Rapid Eye Movement” only reminds me again how sleepy and unimpressed I am with the whole effort. If you’re a David Cook fan, this album will be just what you’ve been waiting for, and if you, like me, can take or leave him with equal happiness, I suggest leaving him and saving yourself a few bucks for a Starbucks coffee.