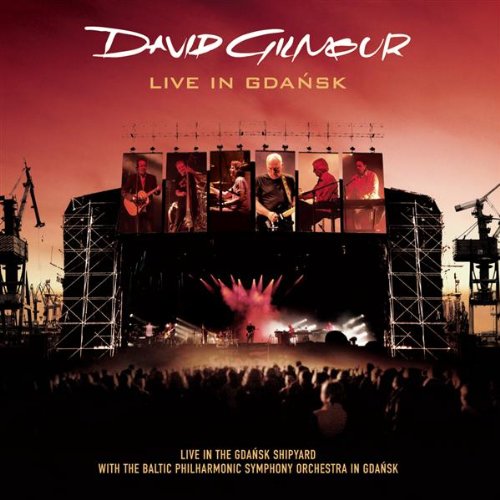 It has long amused me that so much acrimony, money, and energy was devoted to resolving the rights to the name Pink Floyd, only for David Gilmour, Richard Wright, and Nick Mason to do so very little with it once they "won" it. Since settling their dispute with Roger Waters, the Floyd made exactly two studio records under the Pink Floyd name (and released two live albums from the respective tours).

With the release of On An Island in 2006 – some 22 years since his last solo album About Face – Gilmour may have unwittingly proved Waters' point. There is no Pink Floyd without him. A Momentary Lapse of Reason and The Division Bell may have been good records, but they weren't Pink Floyd records and that is how they were sold, packaged, marketed, and judged. A rose by any other name should smell as sweet, but let's not be naïve. Heavy was the crown, and Gilmour just couldn't convincingly pull it off on his own.

With On An Island, he didn't have to try. He was free to make an album of his own music. It's not a Pink Floyd record and it doesn't pretend to be. It's buoyed and marred by the strengths and weaknesses of the Waters-less Floyd records, but without the weight of a legacy it's easier to hear the album on its own, to hear all the things that Gilmour does unlike anyone else. Gilmour still doesn't have a lot to say lyrically (or is simply unable to say it), but the unmistakable tone and texture of his guitar and that gentle, tuneful, pleasant voice were all abundant. It wasn't until I listened to Live in Gdansk that I realized just how much I've missed that.

Live in Gdansk is the second live effort to be released from Gilmour's On An Island (the first was the DVD/Blu-ray (Remember That Night). Gdansk is being released in enough different packages flood the market and make up for years of inactivity.  Maybe he should consider releasing music more than once a decade (full rundown of buying options).

In addition to the five different packages what sets Gdansk apart from Remember That Night is the presence of the Baltic Philharmonic Symphony Orchestra, conducted by Zbigniew Preisner (who wrote the string arrangements for Island).  Gilmour is also joined onstage for the final time by his Pink Floyd colleague Richard Wright. Wright passed away not long after the tour after a battle with cancer.

Now all of that is interesting in terms of how we got here and who's here and the like, but it tells us very little about the music presented on this set and it's the music that makes this such a worthwhile and amazing experience.

Gilmour opens the show with a couple Pink Floyd songs for the faithful before performing On An Island in its entirety.  It's a smart way to open the show and while most Floyd fans will gravitate towards the album's Floyd-dominated second disc, it is a mistake to ignore the first.  I had never heard anything from Island until I listened to Gdansk, and the presentation of that album with band and orchestra on stage is flawless and engaging.  I'd thought about picking up Island a time or two but it wasn't until I heard the music in this live setting that I finally pulled the trigger.

When I listen to On An Island, I would never think to put that material on a Pink Floyd record.  It is amazing how well these songs fit together when performed by Gilmour onstage.  Cynics will say it's because Gilmour has sanded and smoothed the Floyd songs too much, but that is nonsense.  What is most amazing about this performance is the way he and his band blend cool, competent professionalism with passion and intensity.  No, this isn't the sound of a hungry young band looking for a shot at the title but there is plenty of energy, joy, and vitality in this performance. Some of the best examples of this come on the album's first half, but can also be found in the perfect, brilliant performance of "Echoes."

This is the best thing Gilmour has done in a quarter century and it makes me hope we don't have to wait another 22 years for another solo album and tour.