It still seems to work despite the vocals... 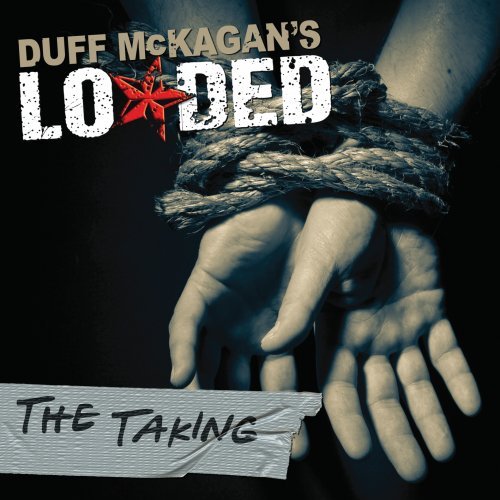 The bass player and founding member of both Guns ‘N Roses and Velvet Revolver releases his second album in the band he now fronts. With the massive success of his two previous bands, it’s understandable why hard rock fans are eager to hear the new album.

McKagan is on lead vocals and guitar. Jeff Rouse is on bass, Mike Squires on guitar, and drummer Isaac Carpenter rounds out the foursome. The album contains twelve new songs and is produced by Terry Date who has produced numerous albums for other hard rock bands such as Soundgarden, Avenge Sevenfold, Slipknot, Deftones, and White Zombie.

While not as fast and intense as some of the bands Date previously produced, The Taking has a dark and heavy feel to it, but at the same time also has an unexpected melodic aspect as well. Unfortunately, McKagan doesn’t have a very melodic voice to complement the songs and seems to detract from the music. The most prevalent examples of this are the songs "Easier Lying" and "Cocaine" where he’s not even singing in key during the verses. But even more confusing is the hot mess "Follow Me to Hell" which sounds like the bastard child of the Beastie Boys and Faster Pussycat.

But in spite of the vocals, a few of the songs manage to stick out. And after listening to the CD a couple of times you become accustomed to McKagan’s singing style, which allows the listener to grasp just how good some of the songs really are.

"Dead Skin" is a song about leaving your baggage behind, looking forward, and not getting hung up on the things of the past. The imagery of peeling off all that dead skin does not only create a vivid picture in your mind, but has such a creepy lyrical quality that it immediately sticks out and grabs your attention.

"Indian Summer" is an interesting paradox as the music and melody have a happy up-tempo feel, while at the same time the song is actually about a past relationship that he’d rather forget about because the memories still burn to this very day.

The CD even has an anthem song called "We Win." The chorus is simple and kind of fun to sing along with and as many songs with that similar theme it has been picked up by professional sports and was even played during the World Series on the MLB Network.

Overall, this is one of those albums that needs to be played several times and allowed to percolate in your mind. Unfortunately, that’s not how the music industry works nowadays and most people only give an album one shot to peak their interest. But if you’re willing to give it a couple of spins most rock fans will find a few songs they really like and a couple more that will grow on them. And with the limited number of real rock albums coming out there’s not much more you can ask for.

The track listings are as follows: