'Ain't Got No Troubles' is a complete triumph... 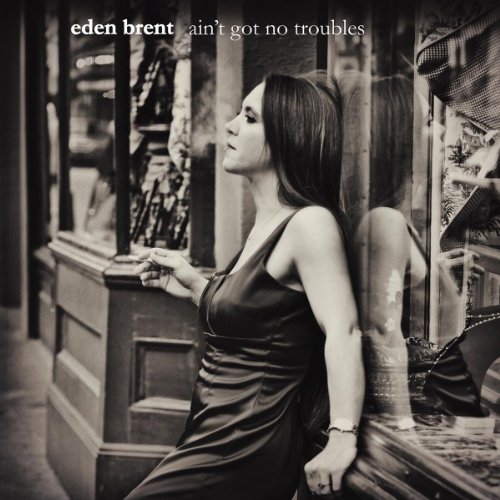 I've been looking forward to Eden Brent's follow up to Mississippi Number One since I first heard details about it from Brent at the Blues Music Awards in May.  Sometimes the electric charge of anticipation leads to crushing disappointment but when I got my advance of Ain't Got No Troubles I commenced to unbridled gushing about the album.

Brent teamed with producer, songwriter, and multi-instrumentalist Colin Linden and recorded the album in New Orleans, and it's that spirit of the Crescent City that helps differentiate this record from its Delta-soaked predecessor.  Some artists, inspired by exotic or evocative locations, lose themselves in those moments and in immersing themselves lose themselves, forgetting to carry their own identity and sound to blend with the new inspiration.  Brent and Linden don't allow that to happen on Ain't Got No Troubles.  Sounds and rhythms of the city are present but don't become the dominant sonic characteristic of the record, allowing Brent's vocals and piano to remain central to the fine songs.

The idea of having a blues song and album titled "Ain't Got No Troubles" will strike some as strange but, as always, you have to read the fine print.  Our protagonist in this title track isn't living the good life having passed "troubles" several exits ago. Rather than throwing off a long list of bummers, Brent sings of someone so far down the ladder of success it's almost funny.  This is also one of the songs where the New Orleans atmosphere is most obviously and effectively blended with Brent's composition and Delta sound.

Her powerhouse, brassy vocals lend themselves well to rollicking numbers like the opening "Someone To Love" and the title track as well as the romp "Let's Boogie-Woogie" but two of the album's highlights come when Brent takes a little something off that fastball and slows things down.  The standout track "Later Than You Think" comes from the pen of producer Linden but Brent completely inhabits this song.  This sophisticated, urbane, nocturnal number benefits from some jazzy interplay between musicians with Linden and Brent each taking brief solos, acoustic guitar and piano respectively.  Brent's vocal is playful, sultry, and restrained, like a power pitcher who fools batters with a devastating changeup.

She is equally effective on the heartbreaking original "Leave Me Alone," a song that tells a familiar tale about the struggle to move on when the final flicker of a relationship has been snuffed out.  What makes this song affecting isn't just the words; it's the way Brent expresses them.  She fills in the cracks with a vocal that is tough and vulnerable, allowing listeners to wonder if the heartbroken lover is really as strong as the lyrics would suggest or if she's trying to convince herself she'll heal.