Mondo is not bad...but it doesn't leave much of an impact. 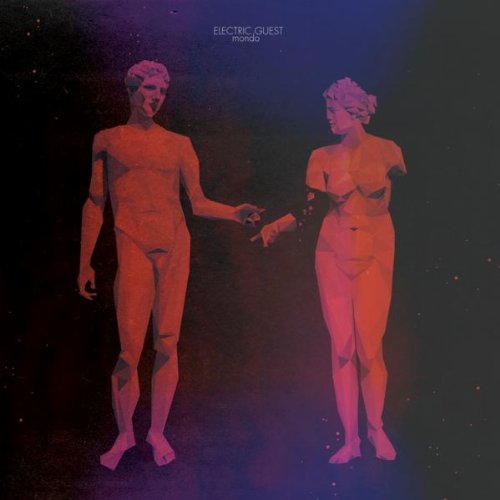 Mondo, the debut album by Electric Guest, is another pop album produced by the ever present Danger Mouse. It's filled with solid, well-made music...music that doesn't make a major impact. This is not a bad album by any stretch of the imagination. It just fails to stick with you the way really good albums do.

The first single from Mondo,"This Head I Hold," is a wondrous piece of retro ear candy. From the soul-inspired arrangement to vocalist Asa Taccone's distorted falsetto, everything about it is great. Clocking in at just under three minutes, it lasts just long enough for you to wish it lasted longer.

There are some other good songs to be found. "Awake" rides a nice groove that sounds like it should've been in an Ocean's Eleven movie. "Troubleman" shouldn't work at all given that it's almost nine minutes long and the chorus is repeated a lot. However, the melody is catchy and the sound is shifted enough to keep things interesting.

The one major issue with this album is that it isn't very distinctive. Instead of forging a unique path, other Danger Mouse collaborations come to mind (especially Broken Bells). There's nothing wrong with being reminded of other artists as you listen to something. The problem is when you can think of little else.

Mondo is not a great album nor is it a bad one. It's in the murky middle where you appreciate some things and are frustrated by others. There is some promise to be found. Hopefully, future Electric Guest albums will allow it to shine.