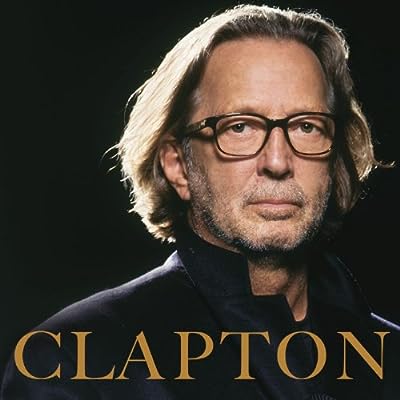 Clapton will be a shock to the system to some longtime fans because the man whose guitar prowess once inspired a nation to spray paint "Clapton is God" is nowhere to be found on this record.  Lead guitar and guitar solos are used sparingly and not all played by Clapton.  This album accentuates mood and texture.  He's choosing good songs, arranging them well, not burdening them with mandatory redundant reminders that he is a legendary instrumentalist, and not compressing or polishing them to death.  He's also singing better than ever.  The songs and sounds have room to breathe and the sympathetic production bathes them in warmth that draws listeners in like the smell of freshly baked bread.

"Travelin' Alone," which opens the set, and "Run Back To Your Side" are about the hardest rocking songs and neither come close in intensity to his classic '70s blues-rock hybrid but there is edge in the guitar and gravel in the voice not as evident elsewhere on the disc.  Derek Trucks' sleek slidework and Walt Richmond's rollicking piano recall Derek & The Dominos on "Run" but it's like the reverberation of an echo bouncing back to its source- identifiable but not identical.  "Can't Hold Out Much Longer" evokes shades of Chicago blues powered by great harp work from Kim Wilson.  Clapton and Doyle Bramhall II slip understated guitar fills beneath the huge sound of Wilson's amplified harmonica as the song stomps and crawls to the end when Slowhand at last tosses out a brief, sweet solo.

None of those songs are real burners but things slow down even more on songs like "Rocking Chair," "River Runs Deep," and "How Deep Is The Ocean."  Fans transfixed by Clapton's Unplugged performance will be similarly hypnotized by these performances.  These songs and arrangements allow him to play the role of storyteller and he answers that challenge with gentle boldness.  That restrained intensity is vital because things get drowsy when it dissipates.

I'll always love the music from his days as deity but Clapton delivers a rich, rewarding listen from the hands, voice, heart, and soul of a mortal.  It's far removed from his earlier work but it's still compelling and easily the best thing he's done in years.