The Foo Fighters take a big step towards finally making the classic album we hope they have in them... 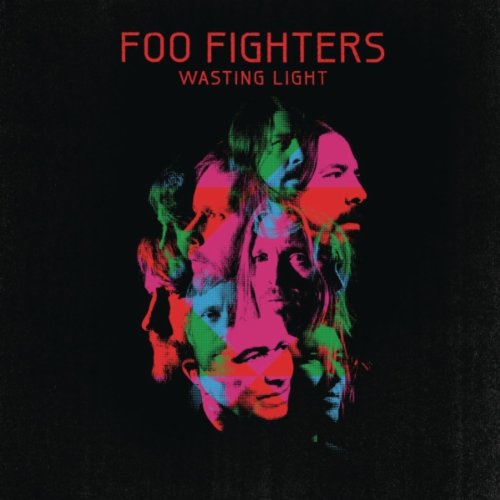 The Foo Fighters are, in many respects, a band not made for these times. The era when rock bands had pop chart success with singles has been long gone.  Each album they've released has come with at least one bona fide hit. Rock and roll is dead, and yet here they are. Everyone is supposed to follow the Radiohead model and make impenetrable albums, eschewing singles and embracing some rigid standard of artistic integrity. Dave Grohl was in Nirvana! He's not supposed to be making noisy guitar records with great hooks- oh, wait. Nevermind.

Speaking of, that quintessential album turns 20 this year. I hope that's as difficult for you to believe as it is for me. It's no coincidence that brought Nevermind producer Butch Vig to the console for Foo Fighters' Wasting Light. Former Nirvana touring guitarist and one-time Foo Fighter Pat Smear is back and Nirvana bassist Krist Novacelic also makes a cameo, playing bass and accordion on one track.

Wasting Light opens fast with its two best songs back-to-back. "Bridge Burning" sounds like a hybrid of Songs For The Deaf-era Queens Of The Stone Age and Them Crooked Vultures. Grohl drummed on both of those records and gives that sound and aesthetic just enough of a Foo Fighters sheen to make it fit. It's a great lead-in for first single "Rope," a song that stands tall among previous Foo Fighter singles like "The Pretender," "Times Like These," and "Learning To Fly."

Throughout Grohl's career in Nirvana, as brainchild of Foo Fighters, and in his various side projects, it's clear he is comfortable dabbling and in love with the thunder of metal, attitude of punk, and hooks of classic rock and he synthesizes those sounds in an appealing, accessible way. That doesn't make him a trailblazer but he's damn good at it. Few of the subsequent Wasting Light tracks work that balance as tightly but nothing badly misses the mark, either. "Dear Rosemary" and "Arlandria" have single potential as rockers with strong hooks while "White Limo" is easily the heaviest, most aggressive song in their canon.

Foo Fighters are an excellent band in search of a great album. They came close with The Colour And The Shape but it, like most of their albums, is an uneven listen. The most cohesive thing they've done is the self-titled debut – still and forever my favorite – but even it feels dated these years later. Wasting Light doesn't quite reach those heights but it's the closest they've come since Colour and might be the closest they've come, period.