They may never equal the brilliance of their debut but they never completely disappoint... 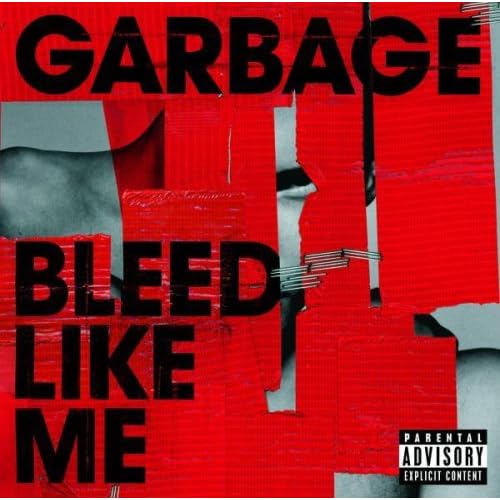 There have only been a handful of great debut albums (Hendrix’s Are You Experienced? comes to mind).  It is not the natural order of things for an artist to create a masterpiece on the first attempt and it rarely happens.  The '90s saw a pair of landmark debut albums.  Oasis’Definitely Maybe and Garbage’s self-titled album are two of the best records of the decade and two of the better debuts (think how much more successful commercially and musically Garbage could have been had “#1 Crush” been included).

What is a band to do when they get it right the first time? Bleed Like Me is Garbage’s third attempt to answer that question.  Garbage was a genius piece of rock meeting technology filled with catchy singles and attitude.  Version 2.0 had  great singles but overly fussy production overdid the electronica angle and the album felt occasionally hollow and disjointed, although it was still pretty damn great.  They dabbled with different styles and sounds on Beautifulgarbage.  The experimentation was interesting but the album was short on songs.  The first half of Bleed Like Me is perhaps the band’s most coherent attempt at following up their masterpiece.

Electronic bleatings and sampled beats are still part of the sound but have been downplayed for much of the album.  This time Garbage has settled on being a rock band.  Those electronic flourishes are not missed because a standard issue modern guitar riff is transformed by the band’s secret weapon: Shirley Manson’s charisma.

The opening salvo finds recently liberated Manson looking for a good time (“Bad Boyfriend”).   “Run Baby Run” and “Right Between the Eyes” are catchy, confident works.  “Why Do You Love Me” is Garbage’s strongest single in years.  None of these songs are groundbreaking in structure or theme.  They do not need to be because Garbage is a good enough band to live within the framework they laid for themselves over the past decade.  Good songwriting and good songs trump a lack of innovation in sonic style the way good pitching beats good hitting in baseball.  The first half of Bleed Like Me succeeds.

The title cut “Bleed Like Me” reads like P.O.D.’s “Youth of a Nation” with a list of characters battling demons such as self-mutilation, eating disorders, therapy junkies, and gender issues.  Garbage does it without hamfisted, annoying rapping and this is therefore a much better song.  Manson’s layered vocals swell and soar at the end of the song, creating an anthemic feel that lends a beauty and humanity to these characters.

The second half of Bleed Like Me falters because the songs are just not there.  It is a coincidence these songs feature more electronic elements rather than an indictment of them.  Songs like “Boys Wanna Fight” and “Why Don’t You Come Over” are exercises in sizzle without steak.  The music tries to be interesting but these songs ultimately fail.

Bleed Like Me is not a masterwork.  It is a strong, listenable album created by four veteran artists who understand their art and craft.  Garbage may never again reach the heights of their debut but Bleed Like Me is  good enough to make fans hope they continue trying.