Review: Gerry Hundt - Since Way Back 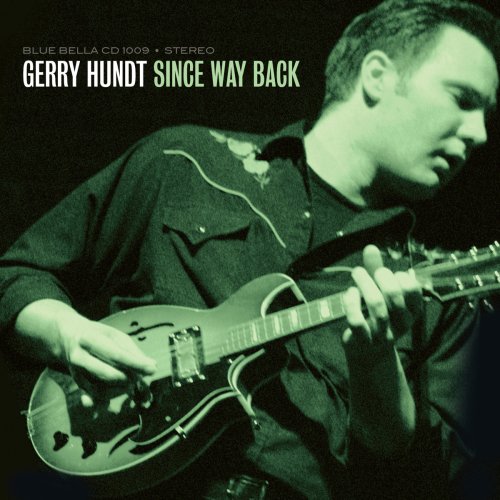 That was my initial reaction when I heard about Gerry Hundt's debut solo album for Blue Bella Records, Since Way Back.  The thing is, I hadn't heard it all.  I had never the blues played on the mandolin.  Hundt will be the first to tell you he's not the first guy to try it, but it was new to me and I was impossibly intrigued by the very idea of it all.  I don't know the history of mandolin blues, but I'd heard just enough Chicago blues to know it wasn't the most common element in the genre's sound.

Hundt turned to bandmates Willie Oshawny (piano), Bob, Carter (drums), and Nick Moss (bass) as well as labelmates Josh Stimmel (guitar) and Bill Lupkin (harmonica) to help him craft his solo debut.  Hundt handles lead vocals and plays both acoustic and electric mandolin.  The familiarity and friendships these guys share comes across in the instrumental interplay, creating an infectious mixture of serious fun.

I was afraid I'd have trouble describing this album because I have no frame of reference for mandolin blues.  That task is made much easier because this is mostly a faithful Chicago blues record that just happens to feature a mandolin.  The songs, arrangements, and attitude reveal that vintage Chicago style.  Hundt treats his mandolin as if he's playing lead guitar both in terms of the way he plays and when he plays.

Mixing covers (Otis Spann's "Burning Fire" and Jimmy Rogers' "You're The One") and originals, instrumental and vocal tracks helps pace the album and keep it fresh.  Both covers are among the album's best tracks.  Oshawny does a fine job following the footsteps of one of the blues' best pianists on "Burning Fire."  Hundt's mandolin lead – a phrase I never thought I'd ever use – re-creates a signature Chicago blues guitar lead, the kind Muddy Waters used to lay over Spann's piano work.  "Union Meetin,'" the song that strays the furthest from the Chicago sound, is an old-timey, ragtime shuffle that sits nicely with the more hard-boiled tracks.  The title track and "Whiskey Makes Me Mean" are also highlights.

The juxtaposition of the new (to me) and familiar is a big part of what makes this album click. Now if someone could just find a way to look cool playing a mandolin.  The size of the instrument and the sound it produces makes it pretty hard to rock, and anyone who tries winds up looking ridiculous.  Image issues aside, this is one of the coolest blues releases you're likely to hear.