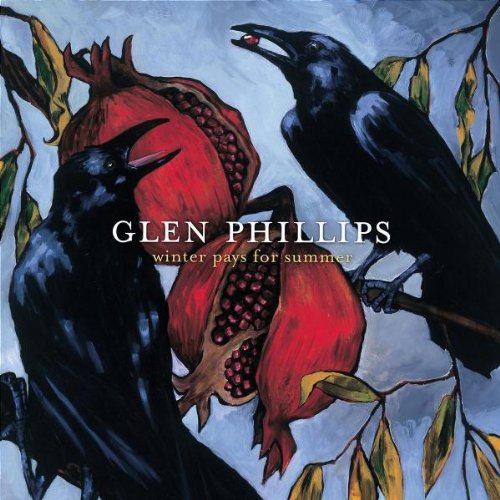 It is inevitable. When bands break up and members go their separate ways comparisons will be made.

This happened to John Lennon, Paul McCartney, George Harrison, and Ringo Starr after the breakup of The Beatles. Mick Jagger saw his stature diminish and Keith Richards saw his increase after they each released solo albums. There are some fans that think none of these musical icons made music as interesting on their own as they did with their arguably more famous bands.

It was tempting to read things into the breakup of Toad the Wet Sprocket. Lead singer Glen Phillips embarked on a solo career while guitarist Todd Nichols and bassist Dean Dinning formed a band of their own (Lapdog) and were eventually joined by drummer Randy Guss (Dinning subsequently left the band). It was difficult not to see a Scott Stapp – Creed - Alter Bridge scenario at work (albeit a more talented incarnation).

Lapdog’s Near Tonight sounded a lot like Toad with a little more guitar with a little less lyrical development while Phillips’ record could at times be a bitter pill to swallow. Nichols took the sound while Phillips took the voice. Abulum is an excellent record but listening to it could become a chore, as the darkness was at times oppressive. Phillips made attempts at humor and lighter fare but these songs were weighted down by the seriousness of the production and were outweighed by the darker-themed songs. He toured extensively to promote the disc while Nichols kept Lapdog at home. Lapdog released its second CD (Mayfly); Phillips released a live album and participated in some other side projects. Toad reunited and broke up again. Phillips has returned with a new solo album, Winter Pays for Summer, to be released by the Lost Highway label as Lapdog begins work on album three.

Winter Pays for Summer takes many of the good elements of Abulum and improves upon them. The subjects remain somber but have been sweetened by pop arrangements and production. Abulum sounded at times like a collection of well rehearsed, polished demos while Winter Pays for Summer sounds alive. Abulum had a singer/songwriter feel while Winter sounds like the work of a band.

Phillips might have written his best song since the stunning "Windmills" (from Toad’s Dulcinea). He does an amazing thing with the lyrics for "Duck and Cover" (a line from which the album takes its name) taking big, universal truths and expressing them without sounding obvious, vapid, or cliché. He couples these lyrics with a wonderful melody and the song is the highlight of this album and his career. The other crowning achievement of the album comes quickly with the first single and second song "Thankful." This might be Phillip’s most ambitious track with syncopated vocals and swirling guitars and it bursts with more energy than any song he has ever recorded.

If "Courage" and "Released" appeared on Abulum they would have been stripped bare and sounded dour and ponderous. "Cleareyed" and "Falling" follow "Released" and are both very good tracks that close out a strong first half of the album. Both songs feature excellent backing vocals throughout but the harmonies are not as catchy – or perhaps just not as comfortingly familiar -- as what Dinning and Nichols would have provided had these songs appeared on a Toad the Wet Sprocket album.

The second half of the album is still good and features solid songs. This half does not flow as nicely as the first and lacks some of the spark found on songs like "Duck and Cover" and "Thankful." "Halflife" and "True" are two of the best songs on the second half with the latter featuring some of the finest vocals Phillips has ever committed to tape.

The good songs far outweigh the lesser songs and the production and arrangements give Winter Pays for Summer an ear candy effect not heard on a Phillips album since the Toad days. Trimming two songs from the record would have made it a leaner, more satisfying listen but this is a small gripe. Phillips has made his finest solo record to date.