Review: Greg Nagy - Fell Toward None

Greg Nagy does not disappoint on his second solo LP... 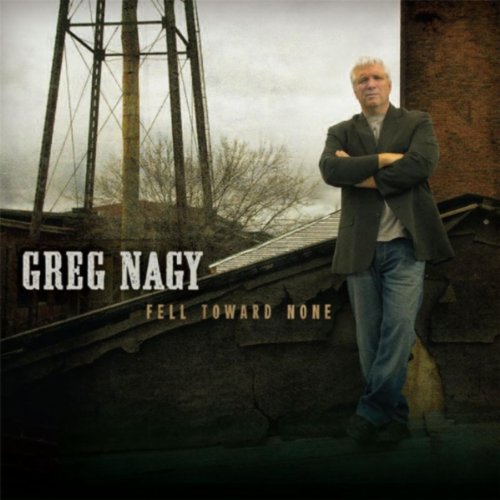 We have another new release from the Blues Music Awards Best New Artist Debut Class of 2010. MonkeyJunk took home that award for their Tiger In Your Tank CD and recently released their follow-up To Behold. Greg Nagy was among the '10 nominees for Walk The Thin Line and he's now issued a new record Fell Toward None.

Several listens to left me conflicted about the production and sound design. Nagy is to be lauded for not cranking the volume, doing a Hendrix impression, and calling it "blues." The muted sound gives the music a little too much sheen in places. This is a contemporary blues record rather than a blues-rock hybrid and that means there aren't any real scorchers so this doesn't weaken the record terribly but the slower moments generally work best.

"Here Comes My Baby" isn't a doo-wop number but it opens with a great piece of harmony singing and that is interspersed throughout the tune. This is one of the faster numbers that works best, as Nagy plays some grittier leads and muscular bass thumps in the background. "Let It Roll" also features that thumping bass but the lack of rawness in the hurts it just a little. Horn accents and a Jim Alfredson keyboard solo give hints this song will likely be more potent live than it is here on the record.

"I'll Know I'm Ready" is a highlight, which is surprising only because it relies little on Nagy's considerable guitar prowess. He's a fine vocalist and sings well throughout, but nowhere does that shine brighter than on this tender ballad.

The record ends on a creative high point with the somber title track. The spacious arrangement feels simultaneously huge and minimalist; the instruments have separation but without sounding antiseptic and overproduced. He once again relegates his guitar to second fiddle, focusing primarily on his vocal. I might disagree with myself and say this is best vocal on the set.

Nagy avoids the sophomore slump or jinx that sometimes trips artists trying to follow an acclaimed debut. The final verdict: we like Greg Nagy and Fell Toward None gets our recommendation.