Review: Incubus - If Not Now, When?

A solid, if predictable effort from Incubus... 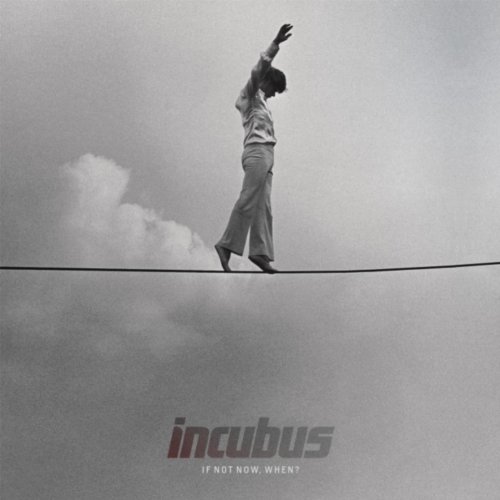 If Not Now, When? Is the seventh studio album by So Cal alt-rock darlings Incubus. The band has been on a bit of a hiatus. the longest in their history due to marriages, starting families, lead singer Brandon Boyd’s solo project, and the unanimous agreement that they all could use a bit of a break from each other.

Having been a fan of theirs since nearly the beginning (I was like a moth to the flame when I first heard “Stellar” from 1999’s Make Yourself and immediately went backwards and got S.C.I.E.N.C.E. from a pawn shop). I was pretty passive about the release of this album and actually thought to myself, “another one, already?” It seemed like only a year ago when I heard the horrific “Anna Molly” of 2006’s Light Grenades. Alas it was five years ago and still left a painful mark on my brain. I loved “Dig” from that same album but, that was truly the one and only highlight from it. A live version of “Dig” is also included on the deluxe edition of If Not Now, When?, along with live versions of “Stellar” and “Surface To Air.”

The first half of the album is easy enough to listen to. There are no real surprises; it's very mellow and the lyrics are strong... enough-ish. They're actually pretty unremarkable and cliché-laden but not terrible.

Just when I was about to write Incubus off as a strictly Adult Contemporary charts band, “In The Company Of Wolves” starts and immediately I perk up because it’s very spacey and fabulous, reminding me a lot of Pink Floyd. “Wolves” also delivers my favorite verse of the album:

“A line was crossed, a vessel run aground.
The boy has gone, let's grieve and let him go.
He left at dawn, but it's a new day don't you know?”

I stopped what I was doing to listen to this song with no interruptions or distractions and I notice the counter saying it was nearly eight minutes long, easily making it the longest song here. Then I get a good, trippy, guitar groove (reminding me of the Deftones) and I think to myself that I love this song, too! I look up to see the title and it was the second half of “In The Company Of Wolves” much to my surprise. “Switchblade” is next and it starts with a very aggressive, guitar-driven sound that push Brandon Boyd’s rap-like delivery along. It’s a good song but not a favorite, it’s worth noting however that each of my cats woke up and left during this song.

In its entirety If Not Now, When is a good album but there aren’t many surprises. While the first half is decidedly mellower and we end on a heavier note, it can’t be classified as “mellow” or “rock” because it does each successfully. I don’t feel like I know the band any better than before nor do I think this will become an often replayed album in the years to come but I don’t feel worse for wear or require brain bleach after listening.