Review: Janiva Magness - Do I Move You? 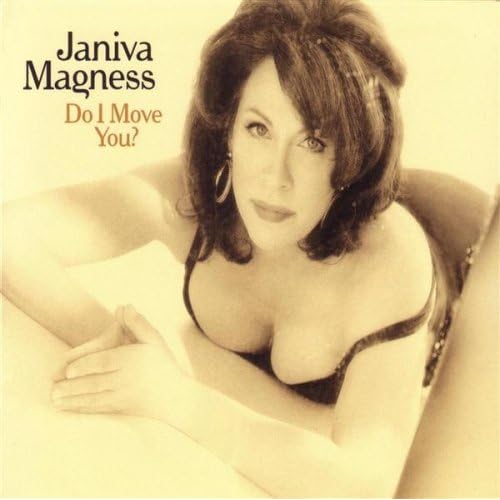 The name of Janiva Magness' Album of the Year nominee is Do I Move You?  The answer?  Not really.  Janiva

The album opens with “I'm Just a Prisoner (Of Your Good Love).”  The title of the song rings the cliché-alert bells and sadly, so does the song itself.  Magness' voice is too serious to toss this number off as fun, the words too campy to take seriously.  The music is blues-lite which prevents her from cutting loose on the vocal and I just want to strangle whoever arranged these backing vocals.  It's possible this song could be better in concert, elevated by the energy that comes from the live setting.

Unfortunately, this is a trend that repeats itself throughout the album.  “A Man Size Job” once again sets off the cliché alarm while “Bad Blood” is a bad song.  The family tree rundown in the lyrics, “my daddy was a good man/my uncle was a rolling stone,” would make a country diva cringe.  Give Magness credit, though, she doesn't phone in her performances even when saddled with material beneath her talent.

There are moments when the album works.  “You Were Never Mine” is a great ballad, and I suppose it's not a coincidence the best song on the album was written by Delbert McClinton (with whom she should record a duet!), Benmont Tench (of Tom Petty & The Heartbreakers), and Gary Nicholson.  The music is understated, the song is understated, and there are no ham-fisted backing vocals.  It's bare, simple, and accentuates Magness' voice.  This smoldering song teases us with what might have been.

Much of the rest of the album falls somewhere in between these two extremes.  "I Want You to Have Everything" reminds me of Herman's Hermits' "Something Tells Me I'm into Something Good."

Do I Move You? has Magness nominated for three BMAs, so the album is connecting with someone; most likely a female audience.  The liner notes practically proclaim this album is reaching for the Thelma & Louise crowd of beer drinkin', hell raisin', hard lovin', good ol' gals out there, but that's not the album she executed.  If the music had the same rawness as the attitude of the liner notes, this album might have stood a better chance at scoring.  She has the pipes, let's hope she one day soon gets the material, too.