The enigmatic Satriani continues to amaze... 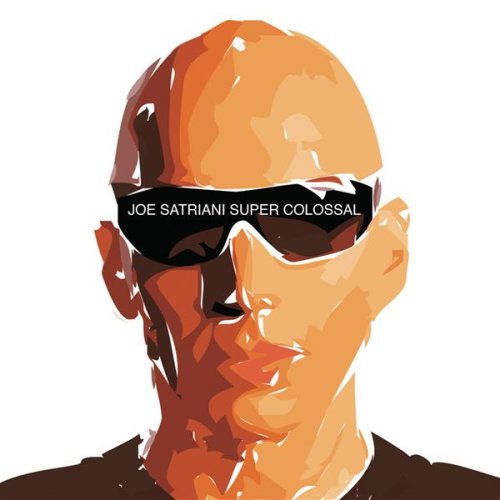 Joe Satriani is misunderstood.  That is an amazing thing for an artist like Joe Satriani.  How can artist be around for two decades and still be misunderstood? How can an instrumental artist be misunderstood? It is tough (some would say impossible) to read incorrect meaning into words that don't exist, although Frank Zappa recorded an instrumental album that received a "Parental Advisory" sticker so you do the math.  What makes Satriani a misunderstood artist is many music critics dismiss him as either a "guitar god" or "heavy metal."  That is fucking lazy.  It is also not true.  Well, it is not exactly true.

Satch sounds like a master of the guitar.  I choose not to confer the title of "guitar god" because anyone who can go from "G" to "F" on a guitar receives some degree of admiration from me ("F" is a fuckin' hard chord).  For me to call Satriani a "guitar god" would be such tiny praise.  I can tell you guitarists of diverse backgrounds and skill levels have heaped mounds of praise on his abilities.  I cannot, as a player, explain to you what makes him a great player.  I can tell you he makes sounds come from a guitar I have never heard any other player on earth produce.

His brand of guitar-centric music certainly has a place in the rock/hard rock/metal universe.  It is a convenient label to attach.  The sound of the guitar is perhaps the most recognized and easily distinguished characteristic of the genre.  Lumping Satriani in with the "heavy metal guitar gods" is an easy thing to do if one focuses on one particular song or one particular passage.  Listening to the music reveals something more, something bigger.  He does not simply record a string of dizzying, technically deft exercises and pass them off as songs.  He is a composer as much as he is a player.  He writes pop music for hard rock fans.  His songs have melodies.  They have hooks.  They have textures.

It is not hard rock or soft rock or guitar rock.  It is music.  Maybe that is why he is misunderstood: he is a composer and performer of music.  How out of style is that?

I discovered him in 1987 with the release of his classic Surfing With the Alien.  When I got my first CD player some time in high school, that album was one of the first five I bought.  It is the only one of those I still own to this day (although I did purchase the re-mastered version, something I encourage for the rest of you).  I owned Surfing on a cassette I dubbed from a neighbor, a cassette I later purchased, that first CD, and now a re-mastered version.  It is still that good.

I now own every one of his CDs released before and since.  There have been periods I did not listen to him as often but he has been on my musical radar for more than half of my life.  I drank the Satriani Kool-Aid as a teenager.  It must have been potent stuff.  I am still listening.

The first listen to Super Colossal didn't make much of an impression.  It didn't bore me but it did not command my full attention, either.  I was disappointed.  I am a fanboy.  I love Satch and wanted to love SC.  A lifetime of listening to music and a few years experience as a reviewer told me to listen to the album again and eventually I found my way through it.

"Cool New Way" sounds like a conversation he is having with himself.  The vibe created by melody and its surrounding sounds are just that… cool. "One Robot's Dream" is another track that mines that "cool" vibe, this time with a space age feel.  Science fiction has always been part of Satch's wordless universe and that inspiration is felt here.  "Made of Tears" echoes a personal favorite Satch song, "The Crush of Love," in guitar tone and melody.

"Redshift Riders" is likely to be the shredder's anthem from this disc.  The mystical sounds in the intro give way to a thick, snarling rhythm track which allows Satriani to run through a few screaming solos, giving the song just the slightest resemblance to Surfing's "Crushing Day."    Some of the hottest licks on the disc can be found in the final 30 seconds.

"Ten Words" and "The Meaning of Love" are the best of the 'slower' moments (I will not refer to them as ballads because I detest the word).  Neither of these will likely cause fans to reach for their cigarette lighters (or cell phones as I understand the kids now use) when played in concert, but they are still good listening (with "Ten Words" being the better of the two).

The two songs on the album I enjoy the least are the first and final tracks.  "Super Colossal" does sound an awful lot like Billy Squier's "The Stroke." The closing track, "Crowd Chant" is goofy in a fun and annoying way.  It may turn out to be fun in concert but adds nothing to the album.

Twenty years in and Satriani is still making compelling, if misunderstood, albums.  SC works for the same reason all of his best albums work:  there are enough impossible guitar tricks to keep the guitar boys happy and enough songs with compelling hooks to make it a terrific listening experience for the mere mortals.  He continues to find ideas to explore with no signs of slowing down any time soon.