One of the leading spokesmen of the Vietnam generation struggles to keep his aim true in the era of Bush and Iraq... 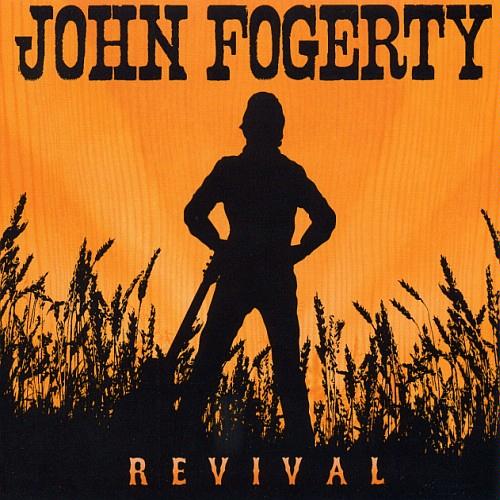 If you think you can't go home again just listen to Revival, the first album of new John Fogerty material since returning to the label that made and nearly broke him.  The sounds, songs, and themes of Revival are classic John Fogerty, which is (mostly) good news.

"Don't You Wish It Was True" opens the album with him dreaming of looking into heaven and seeing light, beauty, and harmony.  It is another rewrite of John Lennon's "Imagine" but a tuneful one.  The music shuffles and swings, evoking pictures of porch swings in front of grand, Southern houses and kids playing in parks.

The breezy sounds and words of "Don't You Wish it Was True" are thickened slightly as his visual trajectory returns to earth and a world that has gone to hell in a handbasket for the Western feel of "Gunslinger."  It's an interesting metaphor in the context of this album.  Fogerty takes direct aim at the Bush administration throughout the album for cronyism and warmongering but looks for a gunslinger to bring some law and order.  The shooting doesn't bother him, just the targets.

It's an interesting shift from "can't we all just get along" to "we need somebody to kick a little ass around here" in the first two songs to the political screeds that follow.  "Long Dark Night" and "I Can't Take It No More" are dated and clumsy, lacking subtlety and musicality.  The snap and bite of the music is undermined by a failed attempt at cleverness in the lyrics of "Long Dark Night."  Rather than sounding sharp and righteous, the words are glib, limp, and lame.  "I Can't Take It No More" is a rant and a riff without a tune.  Unlike "Fortunate Son," this time he forgot to write a song to go with his rant.

The grouchy, topical bent of the record is a bit of a distraction from songs like "Somebody Help Me," a rocker with some fabulous guitar licks and great organ work (the latter provided by Benmont Tench of The Heartbreakers).  "Creedence Song" brilliantly reminds us of Fogerty's former day job while "Summer of Love" fuses a little Jimi Hendrix/Cream-era Clapton guitar sound to his classic brand of Bakersfield swamp rock.  Even the celebretard rebuke of "It Ain't Right" is still fun because of the rollicking Elvis Presley beat that delivers it.

Fogerty, at his best, is still one hell of a craftsman capable of delivering 12 good songs each time out.  Revival comes close to being that album, making it one of the strongest releases of 2007.