Johnny Rawls is on a mission with his latest effort... 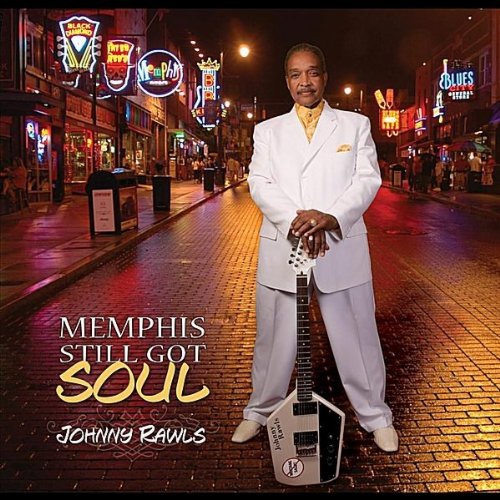 Memphis Still Got Soul is not only the title of Blues Music Award-winner Johnny Rawls, it's a mantra and mission statement for the 11 songs on the record. He's fashioned a winning formula for this record, one from which he rarely deviates. The sound is built on a foundation of smooth vocals, great, tight horn arrangements that play to the smoother side of the Stax tradition, and sprinkles of blues guitar stretched over tuneful pop hooks.

The title track lovingly honors one of America's great music cities. Honors the legacies and admires the present and future the city will hold in the heart of American music. This is more than just a title track. It lays the groundwork for the rest of the record. It tells us who Johnny Rawls is and where his sound comes from, preparing us for what is to come.

Rawls played "Blind, Crippled And Crazy" with his mentor O.V. Wright countless times. It's a song that means a lot to him and one he has long wanted to record. It's a classic number and this feels like a live version of the song. There's an energy at work in the performance and it's easy to visualize Rawls and his band working the crowd into a frenzy while jamming this. They don't rock it hard because they don't have to; they experience the freedom in the groove and deliver the knockout punch not in volume or licks but in soul.

Johnny McGhee takes over lead guitar on "Burning Bridges," and brings more grit to his leadwork than does Rawls. The smooth arrangement and lush backing vocals sand that sound down just a little, meaning it fits comfortably with the rest of the album. Rawls has said this is his favorite track on the album.

"Stop The Rain" is the lovely ballad moment on the record. Too many songs have used the "rain as tears" metaphor but Rawls invests himself in the song, making this overused imagery real. He sells it without oversinging it. The emotion comes from deep within, giving the album a nice change of pace. "My Guitar" is another song with a lyrical foundation often used, but Rawls takes advantage of the song's title and theme to emphasize his playing more than he does elsewhere on the record. He displays nice chops and should let loose with them more often than he does.

The album's production is warm and smooth, trying very hard not to be slick. It mostly succeeds but a little more grit or muscle would have given the album variety, something it could use. Rawls doesn't break new ground with his sound but has command of it and thus proves his point: Memphis Still Got Soul.