An uneven reflection of a talented artist... 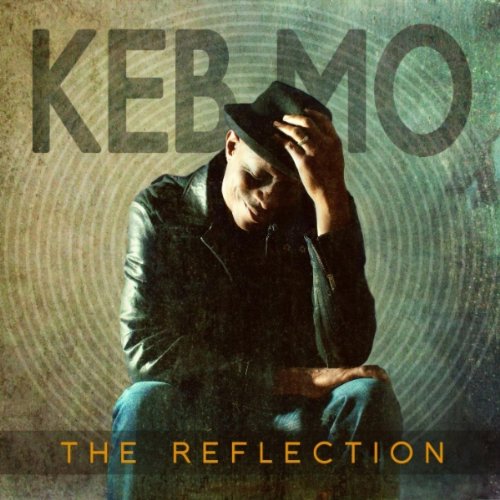 Some of this is my fault. I own two Keb' Mo' records: his self-titled debut and his latest, The Reflection. No one can accuse him of finding an acre of musical ground and digging himself in. Maybe I needed a bridge between these two records. Then again, I'm not sure that's really the problem.

Mo' is intent on blending many musical ideas together on an album with some very personal songs. It doesn't bother me that he wants to expand beyond traditional and contemporary blues, but the adult contemporary/smooth jazz gloss that coats most of the record makes me stabby. I love creative artists who fashion pastiches and collages of sounds and styles but I don't love The Reflection.

"The Whole Enchilada" opens the record and is one of the best moments on the disc, particularly among the songs that seek to blend a multitude of styles. It's a great lyric with some slinky guitar work and solid groove beneath it. The lead vocal is smooth; everything on this track works.

He recruited respected jazz bassist Marcus Miller, virtuoso Victor Wooten, and onetime Kenny G collaborator Vail Johnson. Yes, you read that right and I will punch you in the face if you ask how I know Johnson worked with Kenny G.

Cameos aren't limited to bass as KM is joined on vocals by India.Arie on "" and Vince Gill on "My Baby's Telling Lies." Arie makes sense in the context of the R&B and jazz-flavored compositions on the record but surprisingly enough it's Gill whose guest vocal works best. I'm not remotely a fan of country music – particularly the contemporary variety – but Gill still hits those high notes and does so here without the twang. He also lays down a little guitar and we all know he's one hell of a player. Arie's vocal is pleasant and a good match for KM but "Crush On You" is pap.

"We Don't Need It" is a song built for the economic turmoil of our times and resonates all the stronger in light of the most recent stock market chaos and uncertainty. It's poignant, powerful, and uplifting. "My Shadow" could have been a really good song beneath the Dave Koz saxophone, heavy synth programming, and overemphasized popping bass. It's still a good song but the presentation and arrangement mar it.

Keb' Mo' is a supremely talented man but The Reflection doesn't reflect that often enough.