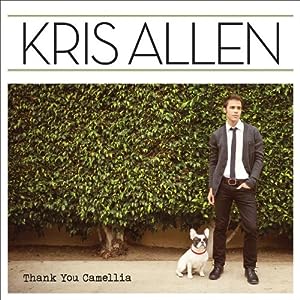 Kris Allen shocked the American Idol world when he came from nowhere to defeat Adam Lambert in Season 8. His self-titled debut album went on to sell over 300,000 copies and Kris has garnered over 3.1 million digital downloads, the ninth most of any American Idol alumn. Kris now returns with his sophomore release, Thank You Camellia, on RCA Records. The title refers to a home he shared with his Arkansas friends while living in LA. Kris also co-wrote every song on the album.

"Better With You" kicks off the album. It is much more pop than I expected, but the acoustic guitar is recognizable in the mix and that makes me happy. The song has a heavy beat and overall it is very enjoyable.

"The Vision of Love" is the lead single from the album and debuted on American Idol earlier this season. I like the lyrics in the song but I don't particularly care for Allen's vocal on the chorus. It feels like he is stretching to the outer limits of his range to get the right note and just coming up short the majority of the time. This was evident during his performance on American Idol as well.

"My Weakness" starts off with some whistling before kicking into gear with a song that has a heavy Jason Mraz feel to it. It's a very catchy song, the sort he might have sung during his season on Idol. 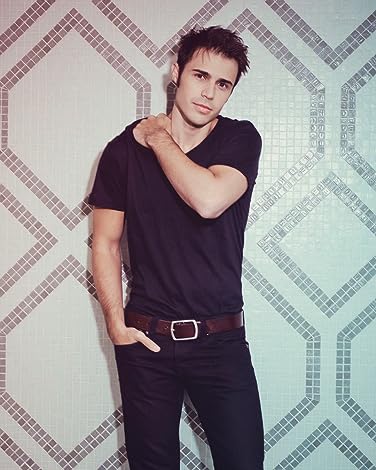 I love a good driving bass line and that is what we get at the start of "Out Alive." Kris' voice shines in this song as he croons through this beautiful tune. This one is definitely a highlight on the album. "Leave You Alone" is another highlight.

"Monster" is an interesting song. It's driven by a synthesized bass and accented with, what sounds like, a xylophone. It reminds me of something you would find on a Michael Jackson album. I can't help but enjoy this one.

"Blindfolded" is take it or leave it to me. There's nothing terribly right or wrong about this one other than an overall generic feeling.

"Teach Me How Love Goes" is a nice idea and the guitar is crafted well, but the riff feels incomplete. Lyrically the song works well but the music fits even with the ill-conceived riff.

Remember when Kris did his take on "Heartless" by Kanye West? "Rooftops" feels like a hip hop song converted into a pop/rock song. If you enjoyed his take on Kanye, you will enjoy this one. If not? Yeah, best to avoid this one.

"Loves Me Not" is a nice duet with Georgian singer/songwriter Meiko whose voice shines on the track. The two blend together nicely to create a very smooth song.

The album closes out with "You Got A Way." The song is a very solid piano ballad and a nice way to send the album out.

In true singer/songwriter fasion, Thank You Camellia is full of mixed styles. Kris' songwriting skills have grown from the last album, and overall he has put out some pleasant tunes. The strongest points are "Out Alive," "Leave You Alone," "Loves Me Not" and "You Got Away." If you were a fan of Kris' on Idol, there is a lot here to remind you of his time on the show and you will probably enjoy this album. The CD is out today and can be bought for as little as $7.99 at some of the major retailers.