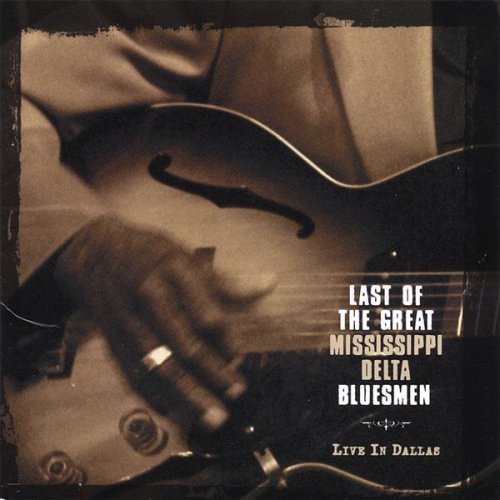 Who are the “Last of the Great Mississippi Delta Bluesmen?”  Who would have the audacity to gloss themselves with that title, considering how many great bluesmen trace their roots back to the Mississippi Delta? Pinetop Perkins, Robert Lockwood Jr., Honeyboy Edwards, and Henry James Townsend may or may not have had anything to do with choosing that title but they sure as hell spent a lifetime earning it.  Historical album? That might be the understatement of the millennium!

Pinetop Perkins is a national treasure, most famous for the years he spent on the road touring with Muddy Waters.  The first thing most people mention when bringing up either Lockwood or Honeyboy are their respective relationships with icon Robert Johnson.  I mention it because if I don't, someone else will.  Both men carved out vast legacies of their own, legacies rich enough to make their association with the blues' most celebrated name a footnote in their careers.  Lockwood is one of the guys who played with everyone before forging a solo career.  Townsend was a major player in the St. Louis blues scene, influenced by Roosevelt Sykes and Lonnie Johnson.

On October 16, 2004, The Blue Shoe Project brought these four legends together to put on a show in Dallas, Texas.  This isn't really the kind of album you review as much as thank God for its existence.  That night, the performers' ages ranged from 89 to 94.  Sadly, only Pinetop Perkins and Honeyboy Edwards are still with us.  You thank the heavens above that someone not only brought these four men together for an evening of blues, but that they also had the good sense to record and release the results.

So, what about those results?

The best word to describe these performances and this album is fun.  The performers sound like they're still having a blast making music, the fans sound like they're having fun watching men who practically invented a genre, and you're a real sour sort if you can listen to this CD without a smile spreading across your face.  This is another great example of the beautiful contradiction of the blues: "sad" music that makes you happy.  Of course, the blues is so much more than sad music but you get the idea.

This isn't the quintessential live blues album, but it's worthwhile for the fun that it is.  It's also not the place to start if you want to hear these guys at the top of their game, but the joy of Perkins' performance, the stories of Townsend, the enthusiasm of Edwards, and the polish of Lockwood are potent enough to overcome what time has taken from them.  Just think, Keith Richards and Mick Jagger still have 30 years to go to catch up with these guys!

These four men were there for the birth of perhaps the most influential music form in history.  Great talents have come and gone since, but when Pinetop and Honeyboy leave us we really will have seen "The Last of the Great Mississippi Delta Bluesmen."  Until that time, and beyond, we have Live in Dallas.