It's too early to say it's the best record I'll hear this year but I have a gut feeling when the dust settles on 2010 this is going to be my favorite. 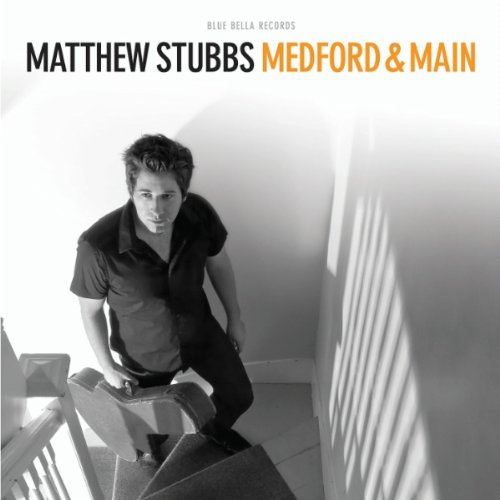 You may not know this but there is a lot of pressure when it comes to writing about a favorite album or artist.  When a song or record inspires you and gets inside your head and heart you feel an obligation to do it justice.  There's even a twinge of pressure not to gush like a fanboy- something you wind up ignoring because this music that demanded a verdict and has been rendered worthy of the highest praise.

I felt an additional pressure when I first fell in love with Medford & Main:  the album was still months away from its formal release.  I wanted to wait to share him with you until I could send you somewhere to hear the songs and buy the record. I love the perk of getting to hear some music before it goes public but there is a minor downside to it:  you sound like a know-it-all prick blabbing about a record you have that nobody else does.  I'm not above being a prick about music but elitism runs counter to the evangelistic fervor I experience when I hear great music.  I don't want to hear great records only to keep them to myself.  I want to hear great records and turn you onto them, just as someone likely turned me onto them first.

As a child of the glam metal age, I've long had a fascination with guitars and guitarists.  I fell in love with instrumental guitar records in middle school when I first heard Joe Satriani's Surfing With The Alien.  I've listened to loads of others since  and many have gone on to become favorites while others were quickly forgotten.  What separates the classics from the disposable?  Songs.

It's fitting that Stubbs' album would be named for after an intersection; it's an ideal metaphor for his music.  Over the course of 11 tracks, he blends elements of '50s surfer/proto rock, Memphis soul, raunchy blues, and tender ballads.  "Double N" and "Pistol Whip" both sound like they could be theme songs for a Raymond Chandler detective series.  "Pistol Whip" is a pneumatic tube to SoCal; the surf beat from Chris Rivelli's drums creates a Pacific Ocean wave while Stubbs' guitar tones are drenched with sounds that recall both the sexy sounds of the beach and the underworld of dames and men with fedoras and unfiltered cigarettes.  "Double N" is a little more playful, providing a backdrop for tanned beauties playing beach volleyball when suddenly muscular men break up the action, driving their jeep through the sand.  If Tarantino ever decides to do a TV show or movie inspired by classic California detective noir, I've found his soundtrack.

The musical atlas of Medford & Main extends well beyond California.  When Stubbs slows it down, he takes back to the glory days of Memphis soul and that great Stax sound.  His musical co-pilot on this record as with his debut is Sax Gordon who not only plays but also constructs the horn arrangements.  Whether it's on the tender "Sleepy Eyes" or the rocking title track, those horns are a vital component of Stubbs' sound, sometimes overshadowing his fretwork.

One of the songs where Stubbs and Gordon shine in equal measure is on the soulful "Waffles."  It's a playful blend of Southern soul and roots, perhaps topped off with some of the maple syrup famously found near Stubbs' native Massachusetts.  Many of those great Stax singles that are so familiar to us were built with a chugging, chopping rhythm and a brashness of sound that melted speakers.  On "Waffles," Stubbs smooths the edges without becoming slick and polished or losing the essence of that Memphis sound.

In the liner notes, Dennis Brennan calls Stubbs a poet of blues and guitar and it's true.  These songs feel like poems, short stories, or graphic novels (that's comic books to aging folk like myself) as only one of them stretches past the four minute mark.  As Shakespeare — himself not bad at the poetry thing — said, "brevity is the soul of wit."  Brevity, soul, and wit are three of the most commonly found ingredients on this record.

That lone exception to the short song lenghts, "Tube Top Temptation," is also the highlight of the record.  Stubbs plays a snarling rhythm guitar while Gordon blows some greasy, nasty, nocturnal blasts of sax.  With the foundation laid, Stubbs is free to stutter some single-string and chorded lead phrases.  The sinuous lead turns never stray too far from the song's foundation because each of them is broken up by a brief return to it.

Medford & Main is an unexpected, unassuming little record  that is charming, funny, and noirish without saying a word.  It's too early to say it's the best record I'll hear this year but I have a gut feeling when the dust settles on 2010 this is going to be my favorite.