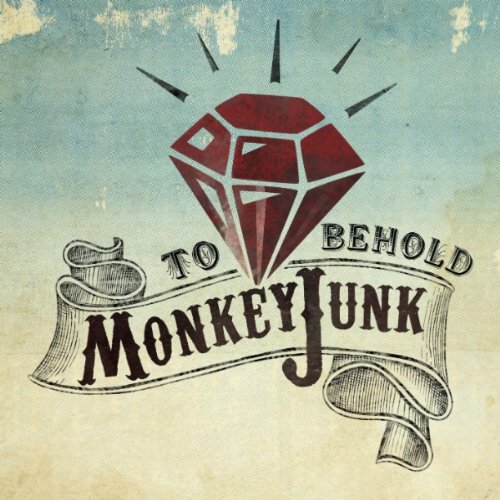 To Behold is the follow-up to Canadian trio MonkeyJunk's Blues Music Award-winning debut Tiger In Your Tank. Tiger took home the award for Best New Artist Debut, meaning Steve Marriner, Tony D, and Matt Sobb are trying to avoid the dreaded sophomore slump on Behold, which they largely do.

To Behold is a lean, 10-song, 44-minute outing opens with a strong trio of songs that play to the band's strengths. MonkeyJunk is at its best when they keep their brand of contemporary blues upbeat and uptempo. "Mother's Crying" mixes contemporary topical allusions with a jumpin' pace and a crisp, biting guitar lead that is effective and stylish even if it's not the sort of solo that inspires legion of air guitar dweebs. Bookending it is some harp work that is once again more effective than imaginative.

It's interesting to hear a band like MonkeyJunk take on Hank Williams Sr. with their cover of "You're Gonna Change (Or I'm Gonna Leave"). They don't attempt to morph into a traditional Delta blues band or imitate Chicago nor does lead singer Marriner adapt some daft, faux country drawl. Instead, they play it straight and allow a rock rhythm to propel their take on the song and in the process pay tribute to the shared  roots of blues and country music.

"Right Now" blends funk and rock with the band but takes a little off their fastball, keeping things just a little laid back at the same time.

There are still good moments after the opening trio of songs on To Behold, but the second half of the record is uneven. MonkeyJunk is very much a band rather than a collection of hot shot players or a rip-roaring singer and a couple dudes that back him. Marriner is a pleasant vocalist and he finds the right attack most of the time but he doesn't possess the kind of natural timbre or vocal tricks to make his singing stand out on the slower tracks. Neither Marriner as vocalist nor Marriner and Tony D as instrumentalists inject these cuts with much personality. The midtempo numbers that occupy the bulk of the rest of the record have their charm but simultaneously illustrate the band's strengths and expose their limitations. You get a sense some of these tracks will come across better live than they do here.

To Behold avoids the sophomore slump with a good overall feel, but MonkeyJunk still has room to grow as they continue to carve out a place for themselves among other young contemporary blues acts.