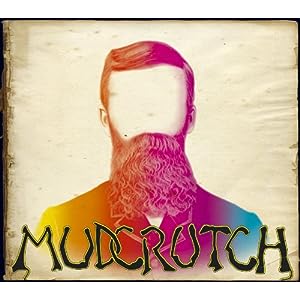 It makes perfect sense that now would be the time Tom Petty would get the idea to reunite Mudcrutch. The path to this point is easy enough to trace, beginning with his 2006 solo album Highway Companion, a record filled with songs about the passing of time. Characters drift from place to place taking stock of their lives, in some cases looking forward but mostly looking back.

After releasing the record, he and his Heartbreakers embarked on a 30th anniversary tour. Around this same time, the work of Petty's other band was put back in print for the first time in more than a decade when The Traveling Wilburys Collection was released. All of this was captured and reflected upon in Peter Bogdanovich's film about the history of the band, Runnin' Down a Dream. Among the stories told in that film is how Mudcrutch became Tom Petty & The Heartbreakers. In 2008, Tom Petty went back to the future and brought Mudcrutch with him to finally make the record they never got to make all those years ago.

One of the first things I wondered when I found out Mudcrutch was actually going to make a record was how much different it might sound from the rest of Petty's essential catalog. Was this going to be a Heartbreakers' record with a different name and yet another drummer? It's not that I'm jaded or that I was prejudging anything. These weren't doubts, they were questions and they were questions based on minimally observant listening to Petty's records.

Tom Petty has mixed three solo records among his work with The Heartbreakers, but he hasn't taken a shit without Mike Campbell in over 30 years. Campbell has played on and co-produced all three of those solo records. Benmont Tench has played on two of the three. Not only that, but The Heartbreakers play songs from Petty's "solo" records along with songs from the band records interchangeably. Both Tench and Campbell join Petty for Mudcrutch's long overdue debut. Rounding out the Mudcrutch lineup are drummer Randall Marsh and guitarist Tom Leadon.

The album credits say this album was recorded live in the studio in just 10 days with arrangements done on the fly. This is such an old school record the band didn't even use headphones as they recorded. This direct, relaxed approach is evident in the music and two things are immediately clear about Mudcrutch. First, there is a lot more variety between this and a Heartbreakers record than there is between a Petty solo record and a Heartbreakers record, but anyone who has ever claimed to like a Petty record is going to find something to like here.

Mudcrutch is by no means a radical departure from The Heartbreakers, and that's a good thing. The qualities that make them such a timeless, uniquely American band are still prominent here. What makes Mudcrutch such a welcome diversion is the way they incorporate a few new influences and brilliantly blend them into the fabric of what has always been there. The Heartbreakers have perfected the art of making Byrds-influenced Southern rock records, a style that is uniquely American and timeless. The band still draws on '60s music, but Mudcrutch has found a secret weapon in the hands of the amazing Benmont Tench. He plays less piano and more organ for Mudcrutch, and does so in a way that turns this into a psychedelic Southern rock record. It's still uniquely American, but this has a very retro feel. The nine-minute epic "Crystal River" is a perfect example, as is the "I Won't Back Down" sequel "Scare Easy." Even "The Wrong Thing To Do," a song that borrows a tad from "Mary Jane's Last Dance," has that vibe. Those two songs represent two of the strongest moments on the album.

Where Heartbreaker records were obviously inspired by The Byrds, Mudcrutch reaches further back than just the '60s. "Six Days On The Road," "Shady Grove," and "This is a Good Street" have a great strut to them, reminiscent of the work of Carl Perkins, Elvis Presley, and Buddy Holly. Petty has been hosting a show on XM Radio called Tom Petty's Buried Treasure, filled with gems from America's musical past — Chicago blues, cowboy songs, and hippie music. Now rather than just admiring those styles, he's infusing his songs with elements of them and the result is music that is livelier and more invigorated than anything he's done in quite some time. That's not a knock on a record like Highway Companion — which is a fine record filled with great songwriting — but is high praise for a project that has a vibe of relaxed fun.

Petty and his collaborators aren't getting any younger but it wouldn't be such a bad thing for him to have one more outlet, especially one this good. Mudcrutch isn't likely to resurface, but I won't be sorry if they do. If this is the final hurrah for the band that almost was, let's hope they capture one of the handful of shows they did on their short California tour. The Heartbreakers have yet to release a truly powerful live album. It would be fitting if Mudcrutch beat them to the punch. It would be a small victory, but a fitting one.