Peter Karp is one of America's best songwriters... 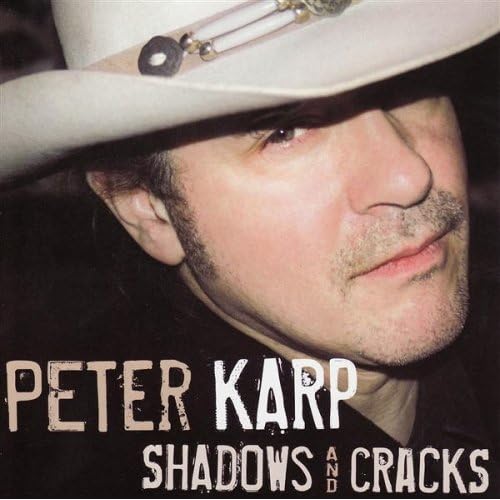 The album is rare on numerous levels.  It's distributed by Blind Pig – an independent blues label – but this is no hard-boiled blues record.  Karp doesn't possess incendiary guitar chops like Buddy Guy or Stevie Ray Vaughan and his voice doesn't pierce skin or bone, but that doesn't mean he comes to the album unarmed.  Other artists ride their virtuosity to fame and fortune.  Karp is a virtuoso of a different sort, relying on a stack of songs and a way with words rather than Marshall stacks or a Les Paul.

He's created a singer/songwriter record – a rarity in the blues world — adorned with traditional elements, but these songs aren't limited to standard 12-bar blues structures or 1-4-5 chord progressions.  The music blends many roots-oriented influences and Karp and his fellow players are all very talented but that doesn't tell the story of the sound of the music.

Karp has a keen eye and is fantastically articulate.  You don't do anyone a favor by comparing them to Dylan, Waits, Lennon, and the like but you have to consider them when you listen to Shadows & Cracks because it's clear those are some of the artists he's listened to.  Many have tried to channel the great lyricists of American music but few succeed.  Karp is one of them.

There is a free spiritedness at work in the songs that form the album.  He can make you laugh or stop you in your tracks with a single, poignant line and he does it all effortlessly.  He never sounds like he's preaching or showing off, lyrically or instrumentally.  These songs are built for repeated listens, inspired and obsessed with the same things that have confounded and transfixed the great writers and poets who came before him.  His secret is ability to make you think about these things without sounding like he has an agenda of any kind.

I don't know how you shoehorn a John Hiatt, Jackson Browne, Tom Waits, or Bob Dylan into a specific genre and neither does anyone else.  The label is irrelevant because those guys sell records not because they appeal to a certain demographic but because they write great songs.  Karp may not have risen to those heights – yet – but fans of those legends will recognize a kindred spirit when they hear it.