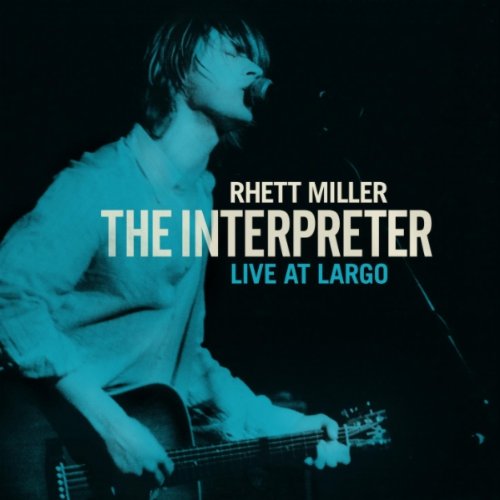 Old 97's frontman Rhett Miller has had a busy year. Just months after the 97's released The Grand Theatre Volume Two (the fantastic second half of 2010's The Grand Theatre), Stewart Ransom Miller II has given us another solo endeavor - The Interpreter.

Recorded live at LA's esteemed music venue Largo, The Interpreter is just as the name would imply: a record filled with cover songs all performed in classic Miller fashion. It's hard to top a record that starts with a version of Simon and Garfunkel's "Homeward Bound" - which might be one of the most perfect songs ever written. But Miller follows it up with a fun set of cover songs ranging from the familiar to the slightly obscure.

While Rhett on his own is enough to make the record great, things are really brought to life by the addition Largo regular John Brion. Brion's piano accompaniment on the cover of the Beatles' "I'll Cry Instead" is roaring and raucous - almost taking on a life of its own.

If you fancy yourself a fan of cover tunes, live acoustic music, The Old 97's, or Rhett Miller himself, you should give yourself the early holiday gift of The Interpreter. And if you're like me and already ready for more Rhett, he's promising another new solo record and giving fans the chance to get it first.