The problem with the record business isn't the records, it's the business... 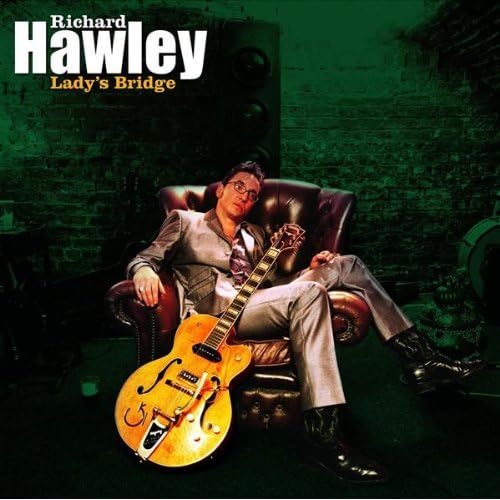 I was in college when Tony Bennett played MTV's Unplugged series and remember someone (the insufferable Kurt Loder, perhaps) remarking that Bennett was enjoying a renaissance because college kids were discovering how fuckin' cool Tony Bennett was.

I remember seeing highlights of the Unplugged show and thinking it was pretty cool; there was something about Bennett's croon and swing but I still thought Loder (or whoever it was… I honestly can't remember) was full of shit. What was really going on was guys my age found another weapon in the arsenal to get women in bed. Old was the new new. Bennett had been out of circulation for years. He'd had no hits and was at least two generations removed from Generation X. The metal power ballads of the '80s had lost their potency and could no longer be counted on to be the sonic background for the awkward, lustful, carnal fumblings of Gen-Xers.

I didn't have the words for it then but what I now understand is the timeless quality of Bennett's music. Actually, I now comprehend both the timelessness and the quality. Bennett had a style that transcended decades; a voice and delivery bigger than the tastes of the moment. Cool never goes out of style because there are only two kinds of music in this world, kids: good and bad and only one of those is worth concerning yourselves with.

The idea of timelessness in contemporary music has been on my mind in the three weeks since Duke De Mondo introduced me to the genius of Richard Hawley after the Valentine's Day episode of the B-Sides Concept Album. Maybe you had an older brother or maybe it was a parent, but sooner or later most of us come across music that predates us and have to admit our arrogant, ignorant youth has blinded us to the fact that good stuff came before us. Hawley was one more nail in that coffin for me and this album was released in 2007. No one makes records like this anymore!

Tony Bennett fans (or detractors, for that matter) should be advised that Richard Hawley is not exactly following in his footsteps. There might be some similarities but what binds them together is timelessness. The delicate, crooning, classicist pop of Hawley sounds as if it has existed for decades. Even the album artwork is retro; a bespectacled Hawley casually seated on a leather chair in a smoking jacket, a vintage guitar leaned against him.

The standout tracks begin with the "water trilogy" of "Roll River Roll," "The Sea Calls," and "Lady's Bridge." Liquid guitars, brushed percussion, and lightly plucked piano create sonic currents of beauty. "Our Darkness" has a horn and string arrangement that would make Sir George Martin proud.  Hawley's tender croon is adorned with some lovely backing vocals on the album closer "The Sun Refused To Shine."

What makes the album work beyond the sheer beauty and coolness of it is Hawley's sense of musical balance. He writes with an incisiveness most commonly associated with the best singer/songwriters but without the baggage of insufferable earnestness or indulgent wordplay and overused metaphors. The sounds are bright and the arrangements lush without bombast. This is a romantic record without the saccharine and a companion for the "dark night of the soul" without the overbearing despair. Subtleties and nuances abound on each track and that is where Lady's Bridge draws its power.

Day after day I become more and more convinced that the problem with the music business isn't the music, it's the business.  Great records — timeless records — are still being made.  It's a sad state of affairs when a room full of Ivy League graduates can't figure out a way to make money selling something people already want: good music.  Richard Hawley's records don't stand a chance in today's marketplace.  Welcome to the perverse world where that's a compliment, not an insult.