Review: Rob Stone - Back Around Here

That these men from different backgrounds and eras not only found each other but choose to play together is proof the language of music and the power of generosity is as potent as ever. 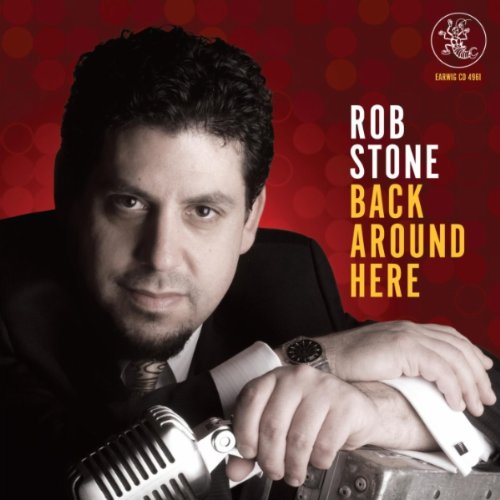 When a sideman steps out on his own he either hogs the spotlight or values having talented friends and shares it.  Rob Stone has been a sideman and played with some of the great names in blues history.  He also works with the high-octane duo Chris James and Patrick Rynn.  Those two now return the favor on Back Around Here.  Also enlisted for this record are pianist David Maxwell, and legendary drummers Sam Lay and Willie "Big Eyes" Smith.  Stone didn't assemble this multi-generational cast of talent just to put their names on the front of the record; he uses them.

The title track is a terrific song but for me the real theme song of this album is "Chicago All Night."  You've got some of the greatest living names in Chicago blues history teaming up with younger musicians who have studied and embraced that music and passionately carry that tradition forward.  "Chicago All Night" is a portal to a different time and a different kind of record making.  This and the title track are two sides of the same coin for this album.

The highlight of the set is "Give Me Time," a lesser-known Magic Sam tune that Rob and the guys absolutely nail.  Lay forms a deep, deep pocket with rhythm mates Rynn and Maxwell, creating a rich groove.  Chris James’ guitar tone is a time portal to the great days when Chess and Motown dominated.  Technology and electronic music may be what the kids are dancing to today but it is songs and performances like this that are the real keepers of the groove and Stone's vocal is as cool and crisp as an autumn breeze.

He gives everyone room to add to the magic on "Don't Turn Back The Clock" while saving a little space for himself.  James' guitar doesn't feature as strongly on this track as it does elsewhere but he gets to kick things off with a tasty little lick.  Maxwell is a monster, punching some great rhythms and fancy fills throughout, playing a piano that sounds like an antique but crackling with life. Lay doesn't showboat but his cymbal work is periodically pushed forward in the mix and with good reason.  As for Stone, he gives a great vocal performance and fires off short bursts of harp.  He takes a few bars to solo here and there and blasts supporting bursts for Maxwell.

The instrumental "Dragon Killers" stands out because Stone struts his stuff, reminding us why he's been asked to perform on stage and record with so many great names.  Lay, Rynn, and Maxwell again do the critical work that gives the song its energy.

Back Around Here is a throwback album made by younger musicians who have learned at the feet of the surviving pioneers and from the records made by those no longer with us.  That these men from different backgrounds and eras not only found each other but choose to play together is proof the language of music and the power of generosity is as potent as ever.  Don't take my word for it.  Hear it for yourself.