Cray doesn't burn down the house but he sizzles plenty... 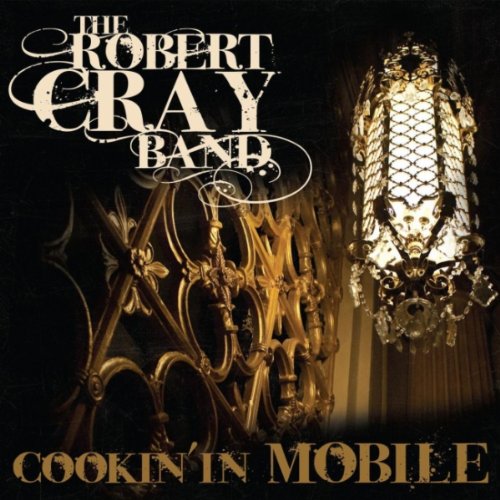 It's hard to imagine being a perpetually broke member of the middle class and still having more money than sense but that's the only conclusion I can draw when I do something like what I did this week.  Dave Ramsey would probably spontaneously combust if he saw what I spend a month on music and I'm fine with that because I have a few choice words for him, too.  He'll die richer and we'll both be dead.  Maybe he's having fun.  I hope so.  I know I am.  That said, even I have trouble justifying this latest stunt of mine.

I plunked down $13 to buy the latest live album from Robert Cray, whose previous work has left me mildly dissatisfied.  It's one thing to spend money buying music you like but my addiction to the musical gods has become so great I'm buying shit I don't like.  I started to get worried.  Why would I do such a thing?

Maybe it was the Alabama connection, as the live album was recorded in Mobile.  Maybe it was seeing a CD/DVD package for $12.99.  I'm sure the vast amount of blues listening, writing, and coverage I've been doing played a part in it too.  I don't know what it was but I felt compelled to roll the dice on Cookin' in Mobile, secure in the knowledge I've wasted more money on dumber ideas.

What some have heard as too smooth, polished, polite, and formulaic has been praised as an elegant, stylish blend of blues, soul, R&B, and gospel.  Listeners in both camps will find plenty to bolster their respective argument when they hear this set although I daresay his detractors might be surprised by what they hear.

He still has the sweet high-register voice and it's in fine shape after all these years.  The stylish guitar leads that have sometimes felt too clean or restrained on record are extended and played with just a little more grit, grease, and fire on stage with his band.  He mixes newer songs like "Love 2009" and "Anytime" as well as songs from his Strong Persuader album like "Smoking Gun" and "Right Next Door" and because Cray has remained consistent in style it all fits well together.

Speaking of Cray's lone crossover hit, we've seen many an artist grow weary of playing their hit or hits.  I don't know how many times over the past 23 years he's gotten tired of that "well-known smoking gun" but on this night he performed it with ease and intensity.  It's hard to believe it's been that long and amazing to hear him still hit every one of those notes.   He adds some fierce guitar licks to the precise vocal phrasing, giving fans that came out to hear this song in particular something to remember.

Cray indeed cooked in Mobile, so much so that the only complaint to lodge against this set is that it leaves you wanting more than 12 songs and 75 minutes.