One of the finest solo achievements in Roedelius' long career. 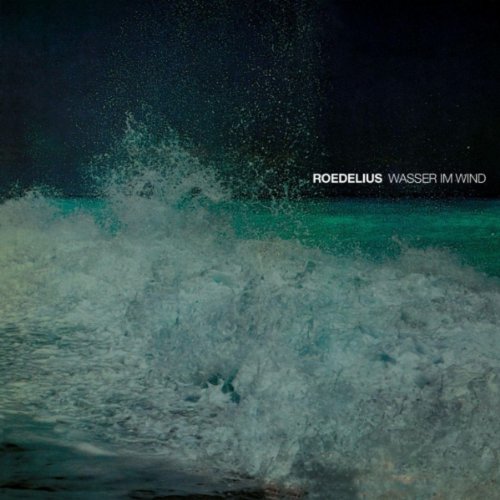 The career of Hans-Joachim Roedelius has been nothing if not prolific over the years. He formed the influential Kluster (later Cluster) with Dieter Moebius in 1969, and the two later teamed up with Brian Eno for Harmonia in 1976. After Harmonia, Roedelius embarked on his solo career. By 1982 he was already up to his tenth recording, Wasser Im Wind. At this point his solo material had been very much in the vein of Harmonia. Never completely ambient or New Age, much of his solo work had fallen somewhere in between the two styles.

In many ways, Wasser Im Wind is the closest thing to Cluster Roedelius had yet recorded. One obvious reason is that the album is not strictly a one-man show, as all of his previous efforts had been. Three songs feature a saxophonist known only as Czjzek, who was Roedelius' first collaborator since his days with Eno and Moebius.

"Ruf aus der Ferne" (all titles are in German) is the opening track, and is telling. To these ears, the piece contains echoes of "Plas" from the classic 1972 Cluster II album. From there we are introduced to the powerful sax of Czjzek, on the proto-industrial "Am Stadtrand." Although Roedelius was never a part of the German space-rock contingent ala Klaus Schulze or Tangerine Dream, "Zwei sind eins" is certainly reminiscent of the genre.

The most intriguing track of all is "Auf des Tigers Spur." Borrowing from both the Dusseldorf and Berlin schools of Krautrock, yet adding his own distinct sonic textures, this piece seems like the true continuation of what Cluster were all about. The gentler soundscapes of earlier works such as Lustwandel and Wenn Der Sudwind Weht have not been completely abandoned on Wasser Im Wind. Both "Immergrun" and "Heilsamer Brunnen" take great pains to explore the quieter side of the electronic wonderland.

The music of Hans-Joachim Roedelius is an endlessly fascinating listening journey, and Wasser Im Wind is no exception. In fact, it is one of the finest solo achievements in his long and storied career.