Ronnie Earl speaks to the soul without saying a word... 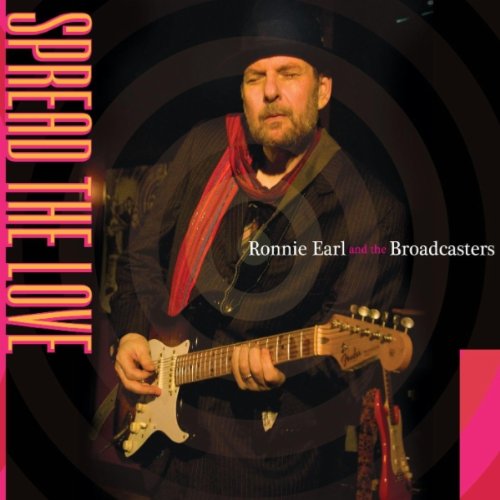 Many a man has put his guitar down and picked up a Bible, convinced that playing the blues was a one-way ticket to Beelzebub's eternal beach party.  The blues has long been shrouded in the mystery and voodoo and alleged associations with the devil.  Exhaustive research and numerous books debunk the myth Robert Johnson sold his soul to the devil to become the world's greatest bluesman- something you wouldn't think would actually require such devoted scholarship and yet the fable lives on.

In the neverending battle between good and evil, the warring forces have continually co-opted each other's weapons and stolen each other's tactics.  If the blues – and later rock and roll – were instruments of the devil, the angels were just going to have to find someone with a mighty soul and spirit to carry the banner of the blues for the good guys.  Ronnie Earl has lived through some hellish times on earth and has emerged from those trials burned and scarred but with a heart overflowing with a passion and desire to Spread The Love.  Selling your soul to the devil makes for great mythology, but Earl found a way to tell a better story. He expresses more than the blues that comes from the pain living brings, articulating the growth and wisdom that come from life's trials and the triumph of redemption that waits on the other side of those struggles.  Amazingly, he does all of this without saying a single word.

A deeply spiritual, soulful current runs through these 14 songs.  It's presence can be felt in the notes Earl plays and the way he plays them and it also comes through the piano and organ work of Dave Limina but just as importantly it can be felt in the spaces between the notes.  These songs are drenched in power and beauty.  The three song sequence in the middle of the record  -- "Happy," "Patience," and "Miracle" – and the majestic beauty of "Eleventh Step To Heaven" provide an emotional core as evocative as anything Earl has ever done.  It's a musical embodiment of St. Francis of Assisi's famous quote, "Preach the Gospel at all times and when necessary use words.

Earl explores the concept of "Happy" in a rich, complex way.  Rather than presenting this emotion in a manic, uptempo explosion of sound he offers a melodic story that embodies more than simple pleasure but also contentment and serenity, ably assisted by Limina.  Limina's organ sounds a lot like something Steve Winwood would play on the lovely "Patience."  Earl exercises musical patience, holding back and even removing himself from the mix periodically.  When he plays, he plays delicately and sparingly with no frills or excess.  The song builds slowly and swells with an emotionally satisfying climax and then glides to a peaceful conclusion.  "Miracle" is a more dramatic peace and finds Earl evoking just a little Carlos Santana in tone without any of the Latin percussive rhythms (or Rob Thomas).  "Eleventh Step To Heaven" is pure, lovely, humble, and personal.  The quartet becomes a duo as only Earl and bassist Paul Kochansk play on this track.  He forgoes a conventional melody, paring everything back and playing with a very clean sound on his guitar giving listeners a sense of solace and quiet meditation.

There are plenty of peaks on the 14-track Spread The Love and no valleys.  Fans that tune in to hear Ronnie Earl play jaw-dropping blues won't be disappointed nor will fans of his more jazz-fused work.  The latter will love his interpretation of Kenny Burrell's "Chitlins Con Carne" while the former will be unable to resist playing a little air guitar to the bluesy workouts of "Tommy's Midnight Blues," "Backstroke," and "Ethan's Song."  Even when he takes to blues and jazz, there is still something deep and spiritual being communicated through his playing.  His guitar is a lantern in the darkness and his heart is the kerosene.

Thanks to Ronnie Earl, the devil no longer has all the best tunes and they say the weather in Heaven is a hell of a lot better.