Review: Soundgarden - Live on I-5 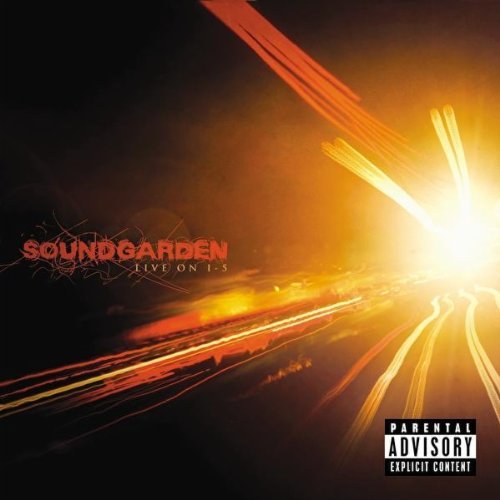 It doesn't make much more sense to me today than it did when word of this release first became public. Soundgarden disbanded in 1997 and the four members went their separate ways, only to reform for a reunion tour last year. They have released a career-spanning retrospective and this live album since reforming. Those are tepid-yet-reasonable steps for a band testing the waters after so much time apart, but this live album is a bit curious.

The most obvious thing to do would have been to release a CD/DVD from the reunion tour, showing the world they've still got what it takes to play Soundgarden music and that the music holds up all these years later. Live On I-5, taken from what would be the last Soundgarden tour prior to the reunion, would have been more appropriate as a "goodbye" for longtime fans than as a "hello" or "welcome back," but here it is, arriving in 2011.

Soundgarden was part of a moment in time, one of the seminal Seattle bands of the early '90s, and it is good to have vintage live recordings from them even if the timing of their arrival doesn't seem quite right. I'm old enough to have seen them during these years but never did, so now we all enter our WayBackMachine to experience Soundgarden at the end of their first chapter.

The sound quality and mix on these performances is very good. Cornell's voice doesn't leap above the playing, which was probably true to how these shows sounded to fans who attended. There's plenty of low end here and the playing, particularly guitarist Kim Thayil's monstrous, Sabbath-esque riffs, is powerful. Cornell's howl and roar are still in fine shape, although his shriek and wail are showing signs of wear. He hits some of the high notes while opting to take a pass on others, saving his voice rather than blowing it out by reaching for every one of them.

The set list virtually ignores the Sub Pop years, focusing mainly on records Badmotorfinger, Superunknown, and Down On The Upside, the latter being the album they were promoting on this tour. There are a couple covers mixed in with FM singles and deeper album cuts. Those of us who knew Soundgarden before "Outshined" may feel a little left out but again, this set attempts to capture a moment in time and it does that reasonably well. They even passed on including two singles from the Down On The Upside record ("Pretty Noose" and "Blow Up The Outside World") to feed us songs from Badmotorfinger and Superunknown. At 17 songs on a single disc, it's a pretty good deal and a nice cross section.

Knowing I-5 was cobbled together from multiple shows requires listeners to suspend disbelief if they're to pretend they're at an actual show rather than listening to a compilation of live recordings. There is a three-song suite where it actually feels like you're in the moment, beginning with "Outshined," continuing through "Rusty Cage" (dedicated to Johnny Cash, who brilliantly covered it), and ending with "Burden In My Hand." There are other excellent moments -- notably the 9-minute version of "Slaves & Bulldozers" -- but none that feel quite so connected and powerful in sequence.

Live On I-5 isn't a perfect souvenir in timing or execution but it's a worthwhile missing chapter in the history of one of the most important bands of our era. It's worth a listen if you were there. It's worth a listen if you were born too late to experience Soundgarden the first time through. Here's to hoping Soundgarden's second chapter comes with a few songs that rival the classics presented here.