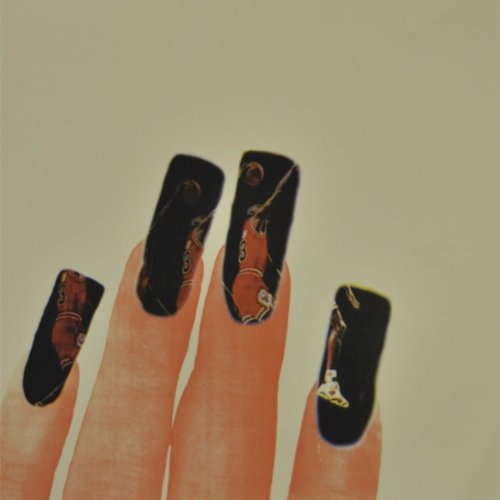 Chicago duo Supreme Cuts unleash their self-described "future RnB" on the world with their debut EP Trouble. This collection of five tracks is as mesmerizing as it is pure fun. It doesn't quite sound like anything else out there. If you're looking for something fresh and unique, you can't do too much better.

What Supreme Cuts does to R&B is similar to what electronic artists have done to hip-hop and house for years...they destroy it and rebuild it in new ways. The vocals in their songs are sampled and used in such a way that they are both familar and unfamiliar. They are always recognizable as R&B yet most of the time, what's actually being sung is unclear. They're cut, pieced together, and even slowed down at times.

These vocals are paired with music that's immensely appealing if not sometimes beguiling. The opening track "Amnesia," is a potent example. The beats hit hard as the title is split into its three separate syllables and playfully pieced together. One of the highlights of the track is a breakdown where the beat speeds up, the vocals change, and the booming bass is joined by gospel claps.

Another upbeat track, "Issues," really shows off what the duo is capable of. Dreamy synths are expertly paired with pulsing house beats and both female and male vocal samples. It's a perfect track for a club. By the time you really get into it, you won't even notice that there isn't one complete lyric in the whole thing.

"Months" is surprisingly haunting. The vocals on this track sound eerily distant and the beats are a little more primal and sparse. Even the synths here take on a more sinister tone. They sound a little like a siren, especially towards the end.

If Supreme Cuts is "future RnB" then the closing track "Trouble" is future babymaking music. This is a smooth and sexy slow jam where less is more, just like Art of Noise's classic "Moments in Love." There are a lot less vocals to be found here but they're appropriate: a groan, a gasp or two, and some harmony.

Trouble is a fantastic EP that defies categorization but not enjoyment. Supreme Cuts have an uncanny knack for making music that you'll love even as it bewilders you a bit. Their work is addicting and, quite frankly, five tracks may not be enough.

Trouble is available on vinyl and through various digital outlets. Check out more from Supreme Cuts on Tumblr and Soundcloud. You can listen to the track "Issues" below.