Freedom within the formula 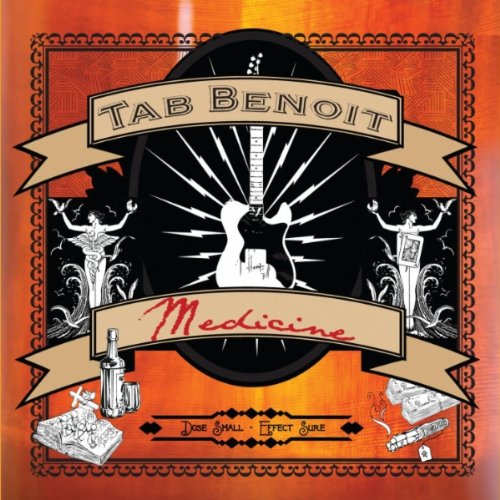 The title track opens the record and is built on a foundation of a stomping rhythm and stinging guitar leads. In addition to the overtones of addiction, Benoit uses the theme of finding healing in the music. Sometimes the best cure for the blues is the blues.

Things slow down on "Sundown" and "A Whole Lotta Soul," giving the set diversity in sound and tempo. The pace is slowed on "Sundown" but Benoit isn't taking it easy, delivering a fiery vocal. Ivan Neville's organ work and some fuzzed bass are the backbone of "Soul," with another strong vocal from Benoit.

Michael Doucet's fiddle work adds texture to the country waltz/blues hybrid "Long, Lonely Bayou." Benoit's twang works well on this acoustic cut but it is Doucet's mournful fiddle that takes center stage. "Can't You See" is more classic country than blues and Doucet is again key to that, although Benoit and Osborne's guitar are heavily accented with that country sound.

There is a simple, uncluttered sound to the arrangements and sound that gives the more standard blues-based songs a live feel. "In It To Win It" feels stage ready right now, the kind of song Benoit and his band could extend as a showcase for some spirited soloing. "Can't You See" feels like something done in one take; you can almost see and hear people standing around smiling and clapping along. It may have all been captured in a studio with expensive equipment but it doesn't feel ponderous or labored.

Medicine shows Benoit finding freedom within the formula and his longtime listeners should find the cure for what ails them.