The Black Keys can no longer be denied with their transformation on this album... 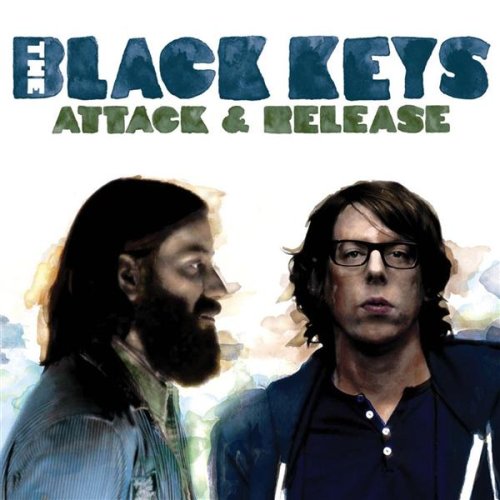 I love when bands take chances. It's good for a band to abandon the comfortable ruts of the normal working environment and see what else might be out there. I don't always love the results of the experiments (U2's Pop comes quickly to mind) but I applaud anyone for taking a chance. If you don't occasionally fall flat on your face, you haven't stretched at all.

The problem with experimentation is that artists we love want to/have to do it on our dime. They want to try something new and they want us to pay for it. That's fine and damn good when the experiment succeeds. It sucks ass when you fork over a handful of your limited dollars and get a teeming pile of shit in return. It sucks massive amounts of ass when your favorite band swings and misses, forcing you to wait two years for their return with the hope they'll right the ship then.

When I learned DangerMouse was producing a record for the Black Keys, it was clear Dan Auerbach and Patrick Carney were serious about pushing their deliberately lo-fi, stripped-down sound in a drastically new direction. DangerMouse is about as far removed from sparse and organic as I am from rich and famous.

I considered three likely outcomes of this experiment before I started listening to the album. The experiment could suck like a turbo-charged Hoover or it could create peace in our lifetime. It could also be like AC/DC's Ballbreaker or The Rolling Stones' Bridges To Babylon where the bands paired themselves with one or more hot shot producers only to make records that still sounded like the Stones and AC/DC.  It doesn't take long to hear that Attack & Release is a clear departure from their earlier records, so Door #3 closes. The album isn't even in the same city as suck, so we can close Door #2. Peace in our lifetime? Close.  So where does that leave us?

It leaves us with 11 songs of Black Keys music that have been bathed in atmosphere by DangerMouse and a small army of additional collaborators. DM makes his presence felt and that may be enough to cause some of the hardheaded, diehard fans to hate the album… and that's just silly. The success or failing of any album has much less to do with who produced it and more to do with what they produced. In short, it's about the songs.

The best song on the record is the $15 song "So He Won't Break." Some people look at me like I'm talking about the Easter Bunny or Santa Claus when I talk about "The $15 Song." I feel a little like Linus trying to convince you people to hang out in the pumpkin patch, waiting for the Great Pumpkin.  What is a $15 Song, you ask? A song so good you'd gladly fork over $15 to buy the CD to own that one song. Yeah, I know, iTunes. Right. Fuck off. A $1 song has no poetry. It has no prestige. A $15 song? Now that's got stroke. That has fiber. Maybe it's more like the $5 Shake in Pulp Fiction. Whatever. The point is there is a $15 song on Attack & Release.

"So He Won't Break" mixes futuristic sounds with a ZZ Top-like hook. Subtle sonic flourishes like the wonderful use of vibes meld with one of Auerbach's best vocals; Mark Lanegan has a couple songs with similar sonic characteristics on his I'll Take Care of You album, although with a little less futuristic noodling. Maybe I've fallen in love with it too much to be objective, but I hear single potential with this one.

"So He Won't Break" is so good I'd gladly pay $15 just to own the album graced by its presence. I've listened to that song alone enough times to feel I've already gotten $15 worth. It's one of those instances where DM took what was good and made it better. Other high points on the record are "All You Ever Wanted," "I Got Mine," "Strange Times," and "Psychotic Girl," the latter sounding very Morphine-esque.

Some songs benefit more than others from DM's touch and only a couple are adversely impacted by it. At its core, this is still a BK record with BK sounds and songs. I imagine some of the faithful won't like the influence, but there may well be some people put off by the rawness of past records who will embrace something with a little more ear candy.  Whether you've loved them for years or never heard of them before, Attack & Release demands your attention.