Review: The Feelies - Here Before

The return of an old friend, 19 years in the making... 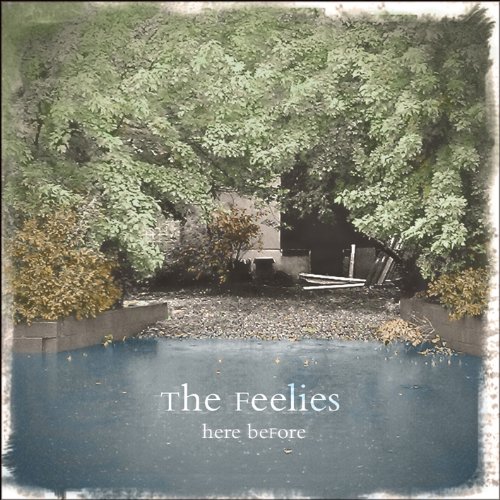 After 19 years away from the limelight, The Feelies have returned with a superbly reflective album. While Here Before is not exactly a middle-aged New Waver’s September Of My Years, there is the scent of rumination about it. For some of us, the record feels like the return of a long lost friend.

The eternal debate among Feelies fans concerns the dichotomy between the jagged, nervous tension of their first LP, Crazy Rhythms (1980) versus the mellower, country-tinged sound they pursued after their second, The Good Earth (1986). Produced by Peter Buck, their sophomore effort seemed like the work of a completely different group. As a matter of fact, it was. Co-leaders Bill Million and Glenn Mercer had settled on a five-piece lineup at this point, and brought in Brenda Sauter, Stanley Demeski, and Dave Weckerman. This is the configuration that recorded Here Before.

Opening track "Nobody Knows" sounded oddly familiar to me at first, but it took a while to place it. Then I pulled out a forgotten gem by Beat Happening titled Jamboree. The K Records trio may be best know for their "inspired amateurs" routine, but they have written some absolutely transcendent pop songs. I’m certain that the similarities are coincidental, but they are there. "Should Be Gone," and "Way Down" both mine this intriguing vein as well.

From the beginning, The Feelies wore their love for The Velvet Underground on their collective sleeves, and in particular Lou Reed. With "Again Today" his influence is made crystal clear. The lead and rhythm guitars of Million and Mercer offer an exquisite contrast here.

The upbeat and off-kilter "When You Know" is about the only cut that hearkens back to their first album. I must say it is nice to hear that old hyper-caffeinated sound make a cameo appearance. "Time Is Right" exhibits some of the same spark, mixed with a bit of psychedelia for good measure.

The relaxed, somewhat haunting style of The Good Earth is most apparent on "Here Before." This is a beautiful tune, reminiscent of a quieter "Driver 8" from R.E.M.’s "difficult" third album Fables Of The Reconstruction. The acoustic "So Far" closes the record out in a suitably pensive manner.

Here Before is a fond look back at a unique career. The Feelies have managed to balance their past with the present, which is no mean feat considering the fact that they have been together (in one way or another) for over 30 years. This is one of those rare reunions that actually works, and I doubt that many longtime fans will be disappointed. Who knows? The Feelies may even find some new ones with it.