He made it to the top 8 of season 10's American Idol. Now we look at what Paul McDonald did before America knew his name. 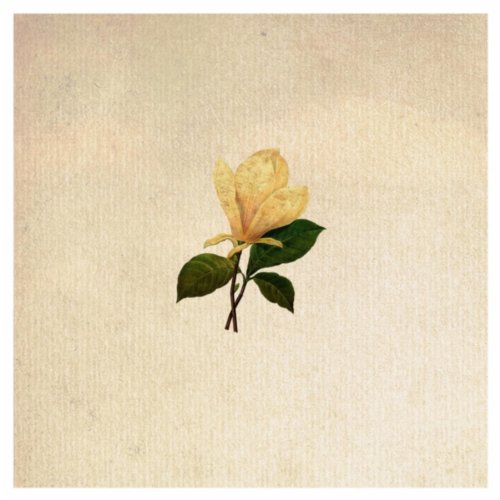 He captured the hearts of millions of Americans as a contestant on season 10 of American Idol. With his raspy voice reminiscent of Rod Stewart or James Blunt, Paul McDonald sang his way into the top eight before being eliminated by the voters. His wacky sense of style always made him stand out in a crowd. From flowery suits to his messed up hair, Paul was unique. At times Paul seemed out of place, but he gave a nice touch on songs like Elton John's "Rocket Man" and Smokey Robinson's classic "Tracks of My Tears." His unique voice added to the presentation each week, so it is only fitting that we take a look at Paul's work pre-idol with a band called The Grand Magnolias.

The album, simply titled The Grand Magnolias, was recorded in 2010 and released in 2011 by Boscobel Records. All ten songs were written by Paul McDonald and Jonathan Pears, the band's guitarist. They formed about five years ago as the Hightide Blues, but changed their name to The Grand Magnolias after a holding a contest for fans to name the band. While Paul is now listed as a former member, we get a good glimpse at what we can expect from Paul through this album.

The album opens up hot right out of the gate with "Sing Out," a rocking and catchy tune that I found my self singing alone too on the first pass. It is very remeniscent of a mix of Train and James Blunt and very pleasing on the ears. As I mentioned, the chorus is very catchy and if you don't watch out you could be singing and humming this song all day long.

Fans may know "American Dreams" since American Idol gave it a bit of a plug on the show recently. I love the intro music to this song. It is a very cool mix of guitars and piano. The music in this song as a whole is solid mixing in a lot of cool sounds that fit the vocal performance very well. Another solid song that blends with Paul's unique voice very well.

"Fly Me to the Moon" comes at you like a updated bluesy song that reminds me of a Buckcherry/Black Crowes mix. It is a solid rocker that makes you feel like moving and I really enjoyed it.

"I Can't Remember" the last time I felt so good Paul tells us in this next song, and I will admit at this point I am really enjoying this ablum and very happy I decided to take a chance and purchase it off iTunes. Paul gives a very solid vocal perfomance on this one and the layering of guitars on this song is a very nice touch.

Things slow down a bit for the next song, "No More One More Nights." I love the saxophone in this song as it really adds to the ambiance. You can feel the broken heart Paul has as he sings and we get another solid performance from the band. This is a highlight on the album.

"Heartbreak" opens up with a solid mandolin mix that sets a great mood. Paul's vocal arrangment here is well laid out. I love the repeating words he uses at the end of each phrase. It makes the song pop.

"Four Fifteen" is a bluesy, acoustic jam mixing a nice guitar riff with some fun dobro work. The dobro adds a nice touch, but it disappears for a while and you can tell because something seems to be missing. It is nice to hear it come back. Overall, another solid tune from this album.

"Whoa" is a very interesting track. It sounds like "Baracuda" by Heart out of the gate, but then turns into a mix of Heart, AC/DC, and Buckcherry all in one. At first I wasn't sure if I liked it, but it grew on me as it kept playing. Not my favorite song on the album, but not so bad I wanted to turn it off.

Bluesy guitars and a pounding bass drive "Top of the World." The song makes you move. The bridge slows things down into a trance-like feeling before jumping back into the the song full charge which was very pleasing.

"Please Believe Me" closes out the album. The song starts as a smooth ballad that focuses on Paul's lyrics and then turns into a rousing bass-driven tune that makes you wonder where that came from. The ringing keyboards are a nice touch as well. It is an interesting transition from what you thought would be a ballad into a song driving by a up tempo beat and more of a begging vocal style.

When I first bought The Grand Magnolias I wasn't sure what to expect. I wasn't a massive Paul fan, but was intrigued enough by his raspy vocals and bluesy style to give this album a shot. To say I am happy about the $7.99 I spent would be an understatement. I would recommend anyone who thought Paul was decent-to-great on American Idol to go ahead and purchase this album. If you hated Paul, check out their website and listen to some of the songs they have posted on the site. I think you may just change your mind upon hearing the music Paul writes. The self-titled debut from The Grand Magnolias is definitely worth a spin.