The Sugar Prophets are the spoonful of sugar we've all been waiting for... 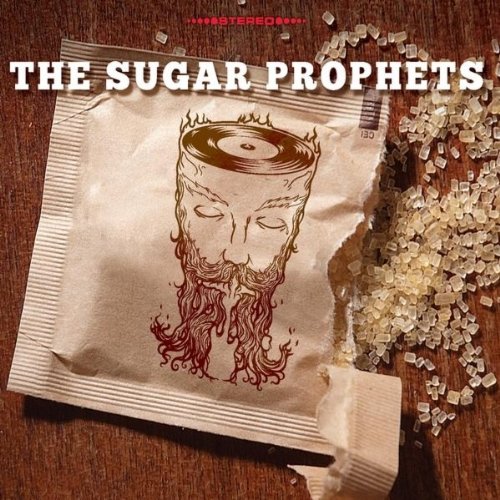 Listen my children and you shall hear! I come once again to preach the gospel of all that is righteous in the land of of the blues and today that gospel comes from a new band of Old Testament-style bluesmen, the self-titled debut from The Sugar Prophets.

The Sugar Prophets may be a new band but don't write them off as rookies, they have a resume. Think of the International Blues Challenge like American Idol for the blues, only without Ryan Secrest. Bands compete at the local level for an invite to Memphis. Multiple rounds of competition are held at venues throughout the city until winners are selected. TSP didn't come home with the trophy but they did make it to the final round, which tells us these guys know how to bring it onstage.

Now we all know there are bands that have used their studio albums as little more than a platform to tour behind. That's dismissive of the music in this instance but you can't listen to the album without hearing the invitation!

Raw energy, passion, and musical talent abound.They play fast and loose and that attitude suits and makes clear they would sound huge live. A little more focus and discipline would benefit the flow and songs on the record without killing the excitement but the contagious enthusiasm makes this forgivable and even enjoyable.

"Face Up" is a hard-charging, energetic opener with great harp from lead singer Josh Spence and a sprinting guitar solo. "Hurry Hurry" follows and it feels almost like a theme song and mission statement. These guys don't play plodding, stomping blues. This sounds like five guys hopped up on Speed Energy drink. "Hurry Hurry" is playful and quick with nice twin guitar interplay.

They do slow things down a little with "Livin' In Sin," which stretches out to 7:30 minutes packed with instrumental solo turns. It opens with a soft, rounded West Side-style intro guitar lick and Spence reaches deep for a little more gravel in his vocal.

"Bad Ass" doesn't have the same hyperactive explosiveness as the opening pair but is still a fast, muscular song with swagger and attitude and "Big Love" is a bawdy shuffle that every single man ought to make as his ringtone before going to the bar Friday night.

The band shows additional versatility with "Brighter Day," playing to their more soulful side of. It's not a straight-up ballad but the tempo slows and the music takes a different term. It takes its lyrical queue from the tradition of songs that find the protagonist feeling the blues but clinging to hope.

"Hey Bernice" returns us to TSP's fun side, coming out swingin' with a great jump-blues feel that dies a bit during the first guitar solo and harp solo that follows. The second guitar run puts it back on track but there have been plentiful solos on the record to this point and you wish they'd skipped them altogether on "Bernice" and just rode the wave.

The two-part "Heart's Desire" throws another curveball in the sound as Sugar Prophets reach deep into their bag for a little reggae and funk, giving this a Red Hot Chili Peppers flavor (and I mean that in a good way).

I once referred to The Sugar Prophets as a Chicago-area band and was corrected and given a lesson in Illinois geography; these boys are based out of of the Champaigne-Urbana area. My response? I've heard it both ways. Listen to the music and tell me you don't hear, among other things, Chicago! These guys have proven it on stage in front of tough-to-impress blues audiences and they've proven it on record. More time writing and playing together are only going to help them hone that sound and capture their full potential on record. The blues isn't dead- far from it. The Sugar Prophets are the spoonful of sugar we've all been waiting for.