The case for tradition... 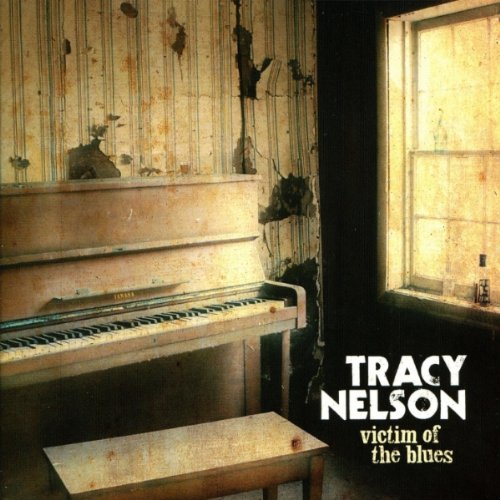 The inspiration for Tracy Nelson's Victim Of The Blues is springs from an oft-held discussion among blues fans and purists. It's a conversation I've participated in many times and the riddle at the heart of it is one I've not yet solved for myself.

Nelson toured as part of a blues revue, played the summer festival circuit, and was surprised by what she heard. She listened to the contemporary acts working the scene and found their sound bore little resemblance to the songs she remembered hearing and singing when she got her start in the '60s. It should be noted Nelson didn't trash these contemporaries or what they're doing but was convinced it was time to make a record that went back to the roots.

Many traditionalists agree with her while a recent article in The Wall Street Journal bemoaned what it feels is an idiom not only rooted in tradition but anchored to it. So who's right, and does it matter? Which shows more reverence for the idiom: faithful adaptation of the tradition or creative expansion of what it means to sing and play the blues?

I talked with one renowned artist who confessed she has no patience for the "is this bluesy enough?" mentality and I agreed with her because I don't want to walk around with a blues slide rule the way poetry was taught in Dead Poets Society. On the other hand, while we're using pop culture references, "how far you gonna go before you lose your way back home?" How elastic can the idiom be before it becomes something else, and does that matter?

Bringing it back to Nelson's album, she has assembled an 11-song collection and most of these songs are from what one might consider the Golden Age of Chicago blues. With the stated inspiration in the liner notes, you can pretty well guess Nelson takes very few liberties with these arrangements. You have a very good idea of what these songs sound like if you're familiar with the original.

The lack of surprise might be a turnoff for some eager to "evolve" the blues but this is a fine record from beginning to end. There is room for a little more variation in sound and tempo within the traditional realm and that would have improved this record, but Nelson is a skilled interpreter and she's backed by some great musicians. Robert Cray Band mainstay Jim Pugh provides some great keys work except for when Marcia Ball steps in on "Shoot My Baby." Nelson also gets backing vocal support from Reba Russell and Teeny Tucker, among others.