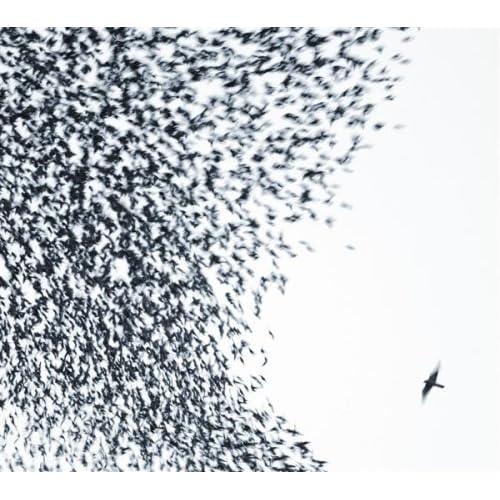 In the final installment of Stephen King's serial novel The Green Mile, King remarks that he's not likely to write that way again because it gave his critics six opportunities to kick his ass.  Wilco might feel the same way about Sky Blue Sky.  In a move that seems to ignore the paranoia of the whole file sharing/internet piracy age, the entire album was streamed on the band's web site weeks prior to its release.  Since radio all but refuses to play anything interesting, this gave people a chance to preview the album.  It also gave fans, bloggers, and critics a chance to start killing the record before it ever got into stores.  Just ask Kevin Federline.  His record would have tanked no matter what but whoever leaked it did him no favors.

Wilco is light years away from K-Fed, but fans did begin nitpicking and critiquing the record as soon as they were able to hear it.  The response wasn't scathing but it wasn't universally glowing, either.  The criticisms most often leveled is that the album is slow, plodding, or mellow.

It is a subdued record — there's no getting around that — but subdued does not mean boring.  Sky Blue Sky has layers, textures, and nuance.  It is quite a shift from Yankee Hotel Foxtrot and A Ghost is Born but probably less of a leap than from Summerteeth to Foxtrot.  Where YHF and AGIB were in your face sonically and out in left field lyrically, Sky Blue Sky finds the band crafting real songs again.  The album functions as a bridge between Wilco's earlier catalog with their more recent, while being something unique unto itself.  Elements of the Americana of old are integrated with the denser characteristics of those previous two records.  Unlike its recent predecessors, which I love, this album has its quirks without being difficult.  In other words, ignore the naysayers.

Guitar people are going to love this record.  This is Nels Cline's first studio album with the band — Cline joined the band in time to participate on the fabulous Kicking Television live album — and he makes his presence felt all over this disc.  Wilco has never been known as a guitar band, but Sky Blue Sky is a guitar record.  It may seem contradictory to describe this as both subdued and a guitar record, but both adjectives apply.

"Impossible Germany" opens with guitars that chime so high they almost pierce as they float above short, soft blasts of organ.  The tension that's created is slowly released as the intro takes a left turn and segues into the verse.  The guitars soften as the melody is established, practically inviting the piano to join in; Jim Scott did a beautiful job of mixing this song.  The opening figure is reintroduced as a launch pad for Nels Cline's lead.  The solo starts out restrained — two, three, four notes at a time — before evolving into a jazzy, lyrical lead.  Cline is then joined by some Duane Allman/Dickey Betts-esque twin guitar sounds and the whole thing erupts into a stunning orgy of complimentary and competing guitar lines.  "Impossible Germany" is the centerpiece of a fantastic album.

"You Are My Face" begins and ends sounding like something America might have done.  As the song progresses, it becomes more like a Crosby, Stills, Nash & Young song with the great harmonies and a little guitar racket.  The middle section is infused with gospel, soul, and R&B sounds.  There are some great uses of the organ throughout the record and "You Are My Face" is one of them.  "Side With the Seeds" opens as a smooth soul/gospel number that evokes "Oh, Darling!" from Abbey Road and "Time is On My Side" before ending in a thrilling climax of frantic guitar.

Lyrically, Jeff Tweedy has not been this direct in years.  There are no "American aquarium drinkers" on this record or other opaque images.  Instead of opaque images, there are off-kilter melodies that do unexpected things.  There are several instances where your ears and brain try to complete the melody a half beat before the band, only to find you've been left behind because they nimbly zigged when you prematurely zagged.

At its core, this is a '70s record.  That might scare you because you associate this with disco and dickless, singer/songwriter crap.  What is forgotten is that Dylan and the Stones each made one of their classic albums during the decade.  The Allman Brothers, Zeppelin, Marvin Gaye, Floyd, Aerosmith, Bowie — just to name a few — were doing some of their defining work.  It was not a vast wasteland of bad music.

The sounds and influences of Sky Blue Sky are vintage '70s.  Don't buy one of those crappy Time Life anthologies that Greg Brady is schilling for if you want to hear the best of the '70s.  Sky Blue Sky does a better job of summarizing the decade and you get it all on one disc.