A new kind of supergroup... 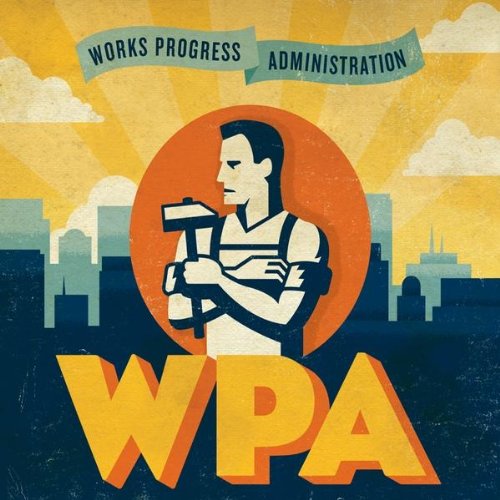 Works Progress Administration is a supergroup of another sort.  When we think most supergroups, we think of power names from power bands.  With WPA, we get a group of veteran sidemen (and woman) of diverse musical backgrounds who came together in an organic way with a simple purpose: to make music.

It sounds obvious and naive, but that's what this collective is.  Former Toad The Wet Sprocket lead singer Glen Phillips, Luke Bulla, and Sean Watkins of the presently on hiatus Nickel Creek form the core of the band.  They are joined on record and often on tour by Watkins' sister, Sara (also of Nickel Creek), Benmont Tench of Tom Petty & The Heartbreakers, multi-instrumentalist Greg Leisz, and the rhythm section of Elvis Costello's imposters Pete Thomas and Davey Faragher.

While this may not be an obvious group of collaborators — those familiar with Phillips' former band will be surprised by what they hear on this record, but those who have followed his solo career will pick this up without missing a beat — it sounds exactly like you'd think it would if you stop and think about it.  This is an album that emphasizes organic, acoustic instrumentation and classic Americana sounds.  It's not country nor bluegrass but those elements are present.  It's got the heart of a singer/songwriter record, but the singers change from song to song and there are beautiful harmonies and duets.  It's a lot easier to run down the list of what this isn't than to find an all-encompassing label of what it is, and that's probably part of the point.  It's also what makes this album such a rich listen.

Eleven of the 12 songs are originals (Sara Watkins takes lead on a cover of The Kinks' "I Go To Sleep"), with four of the members of the band contributing at least one song (Phillips and Sean Watkins wrote the majority of the record).  The songs are often somber but the maturity of the songwriting and the minimalist  approach keep them from devolving into maudlin bores.

The albums opens with Phillips taking lead vocals on two of the songs he wrote for the album, "Always Have My Love" and "Good As Ever."  Phillips has become adept at writing mature love songs that go beyond lust and pheromones.  In "Always," he sketches a relationship that's not quite on the rocks but hasn't had its fire completely snuffed out.  "Rise Up" is filled with solemn observations delivered with some great harmonies and some delicate piano work from Tench.  Bulla's "Remember Well" and Sean Watkins' "Already Gone" are highlights, as well.

WPA's self-titled debut is an album bursting with sincerity and authenticity.  It's easy to rip pop culture and contemporary pop radio for its glaring lack of sincerity and authenticity, and that's all true but it misses the point.  WPA didn't make a record like this as a reaction to what's missing from our popular music and it's comforting to know based on the past artistic choices and achievements of the individual members they'd be doing it this way anyway.