A fine and fitting tribute to a giant of the blues

Billy Boy Arnold seems to be turning into a one-man musical preservation society. Recent projects include a tribute to Sonny Boy Williamson, and Arnold was a key participant in both volumes of  the multi –artist Chicago Blues – A Living History projects that traced the genre’s evolution. 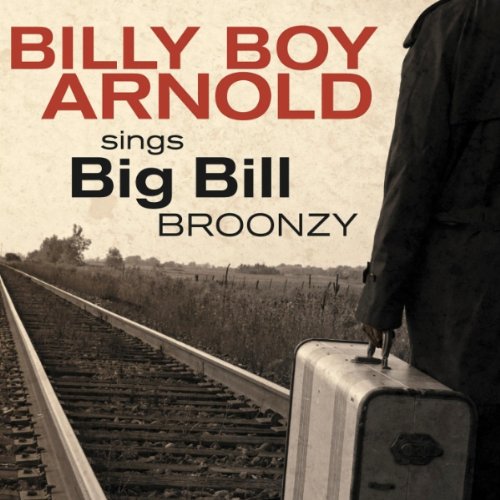 Here he turns his attention to another towering figure in the blues, Big Bill Broonzy.

Big Bill Broonzy was a major star in his day. Originally from Mississippi, he made his way to Chicago in the 1920’s, gradually drifting from solo acoustic music – folk, blues, spirituals, hokum - to ensemble recordings with electric instrumentation that were hugely influential. Though he remained popular throughout his career, it wasn’t until his ‘rediscovery’ during the folk-blues revival of the 1950’s that he gained his greatest fame and fortune. Recording, as so many did, for a wide variety of labels, he’s said to be the second-most prolific blues artist of his time, and there are very few standards he didn’t commit to wax. For this collection, Billy Boy Arnold has avoided the obvious, instead reaching deep to select songs written and recorded by Broonzy in the 1930’s and '40s that highlight  just how important he was in the development of what came to be known as ‘Chicago blues.’

Arnold, whose own blues credentials are impeccable (under the spell of Broonzy’s early records, a young Arnold sought out and was tutored by the aforementioned Sonny Boy Williamson – the first), approaches the material with an unerring touch for period detail, but rather than rote reproductions, he and producer/guitarist Eric Noden capture the spirit of the songs with exuberance rather than reverence, and the results are absolutely revelatory.

It’s old-fashioned, true, but Arnold and friends prove that it is indeed timeless. Broonzy had the knack of writing blues songs with actual melodies, and the material  is both well selected and arranged to ensure variety and sustain interest. In addition to Arnold’s finely-nuanced harmonica and Noden’s sprightly acoustic fretwork, Billy Flynn adds mandolin and bits of electric guitar, while Rick Sherry adds washboard, percussion, and clarinet – an unexpected touch that works remarkably well. In addition to fine acoustic bass from Beau Sample, it all adds up to rich and surprisingly varied instrumental palette.

Arnold is indeed a master on the harmonica, shaping every note and applying it judiciously, with an old-school, less-is-more approach. There’s a rich, burnished tone to his voice, buttery-smooth with just a bit of grit around the edges, and he’s a fine singer, relaxed and assured throughout – he sounds like he’s having fun, and it’s that irreverent, cheerful enthusiasm, equally evident from all involved, that render this collection such a delight.

The golden age of Chicago blues is generally considered to be in the fifties, when men like Muddy and Wolf and the Chess brothers helped forge the hard-edged, electric blues for urban audiences. But virtually every tune here sounds like an acoustic precursor to the blues canon – seminal steps in genre’s evolution - and in the hands of such accomplished and passionate musicians, committed to the joy of Broonzy’s music rather than dry and dusty preservation, it’s quite simply great music, lively and likeable and still relevant. Broonzy wasn’t afraid to address topical concerns, but these tunes tend to be about the big stuff – life and love, with hardship and sorrow a constant presence yet an undeniable optimism permeating even the darkest moments.

A fitting tribute and a wonderful collection, this one’s an absolute masterpiece.