Too many big misses sink this first effort from Big Mike... 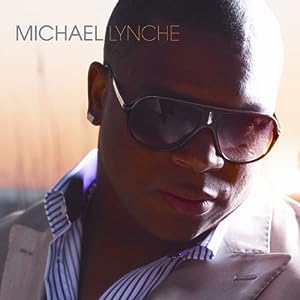 Michael Lynche is known to millions as “Big Mike” the teddy bear with the sweet, velvet voice who garnered the judges “save” on Season Nine of American Idol where he ultimately finished fourth. Big Mike released his self-titled debut in August on the back of two singles that charted and are currently moving on Adult Contemporary and Urban charts, respectively.

I watched the entire Idol season with Mike and was never especially bowled over or impressed by him, he was a Central Florida boy so that added some love into his column for me but, vocally he wasn't special or a stand out. That is until “When A Man Loves A Woman” happened and I remember stopping, backing up and returning to the room to watch. In a season dominated by Lee DeWyze's “aw shucks” persona, Crystal Bowersox's dreds, and Casey James'... everything, Mike showed himself to be a contender. That didn't stop him from being the lowest vote getter during Beatles' Week, but the judges panel used their only “save” on him keeping Big Mike in the competition to Top Four and securing a spot on the Idols Live! Tour.

“Crazy Gina” is our lead off track and it's a cute, mildly clever attempt at explaining the difficulties of loving a crazy chick. Apparently she used to be Cool Gina and now he thinks she's trying to kill him. This song sounds great, just don't listen to the lyrics. “Intoxicated” is a throw back to the soulful love songs of the '50s and '60s, Mike sounds flawless and the piano and full sound of the backups make the song worth listening to.

Next we have “Who's Gonna Love You More” which is currently on the AC charts and while it's pretty and well-intended, there's no passion or excitement in this paint-by-numbers sultry, yet snooze-inducing tune. The following song, “Speechless” is very much in the same vein and just when I feel my eyes fluttering shut, “Love Is You” saves the day. The lilting, yet urgent piano strains that open the song command your attention right away and the lyrics are the most solid on the entire album. Just the idea that “love is you, has always been you” is the most beautiful sentiment and declaration there is. Mike goes on to tell us he waited for this love and would have waited many more years for the feeling. He tells his lady love “know in this moment, I promise to you, my heart's forever changed. Love is you.”

But friends, that's about the high point of this album. While the entire piece of work is solid, well constructed and flawlessly executed the content is weak and shallow. Next in line we have “Fragile” and Lover's Symphony” which are utter throwaways followed by “Sex” whose opening line is: “Girl you know I love ya, I've told you a thousand times...it's all about the sex” which gets repeated numerous times and is more ludicrous each time, if you can believe that. It's a crass song that's not amusing, charming, or even tongue-in-cheek. “Scream for me girl” and Mike's panting further drag this song straight into the toilet. Best thing about the song is that it's barely three minutes long and is over before I can get too violent.

But here's where the album really jumps the shark for me...”This Woman's Work,” which is a Kate Bush song, famously covered by Maxwell was a staple for Big Mike on the Idol tour as well as one of his most memorable moments on his season. The violent urges that were quelled by the end of the previous song are back and raging during this cavalier, sultry delivery. There's nothing sexy or sultry about this song but, Mike manages to reduce a song that teeters on the precarious edge of tragedy to nothing more than a song that sounds like he's encouraging a lover rather than wallowing in fear and desperation that he may lose his entire world in the delivery room. This song is grossly over produced and the addition of backing vocals makes me want to pitch this laptop off my roof.

After that abomination we get a little gem called “Baby Boo” followed by another song off the charts “Today” that's just okay, next to last we have “Somebody Save Me” which has a great message but at this point in the CD I'm honestly a little fatigued and very bored. “Unstoppable” closes us out and can't come soon enough although it's mostly pleasant and a jaunty little uplifting song, it feels disjointed from the rest of the material we've just trudged through.

I don't think this album is altogether bad or a waste of fifteen bucks but I'd say your best bet is to cherry pick a song or two to add to your collection and hope against hope Mike gets a chance to make a follow-up that's more cohesive and has found his identity rather than snaking it from various '90s artists and sounds less like a a great karaoke singer and more like a solid R&B artist.