Among the best electro-acoustic albums of 2012... 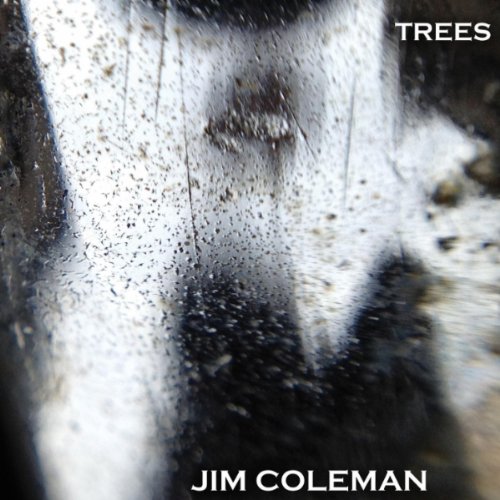 Jim Coleman has been pushing at the musical barricades for well over two decades now, and does not seem interested in pulling back anytime soon. He first came to my attention as part of the industrial band Cop Shoot Cop. CSC had a unique lineup. No other band had a two-bass, no guitar approach, and it set them apart immediately. CSC never enjoyed much mainstream success, but they were revered by their fans. Another element of their popularity was Jim Coleman’s interest in experimental film, which led to some of the most original music videos ever.

Cop Shoot Cop ceased to exist in 1996, under the all too familiar “no commercial potential” pressures of their record label (Interscope). It was such a bizarre period in the music industry. After the explosion of grunge, record labels went on a feeding frenzy, and signed just about everyone who had ever been mentioned in a ‘zine. I guess the thinking went that any of these bands held the potential to be the “new Nirvana.“ That worked well. The suits ignored the fact that the music of CSC was (proudly) unlike anything that would considered Top 40 material, and then tried to change them. CSC were no Spice Girls, and never would be.

Since the mid-'90s, Coleman has worked in both film and music. He has collaborated in film with such noted directors as Todd Phillips and Richard Kern. Musically he has issued recordings with Italian composer Teho Teardo, and the incredibly prolific J.G. Thirlwell.

Coleman’s latest, and first release on his own Wax and Wane label is titled Trees. It is quite a departure from the late '80s, early '90s music of Cop Shoot Cop. I like the description he uses of it, as being “firmly rooted in sound collages with a strong cinematic sensibility.”

From the opening “Sideways,” the cinematic feel is quite evident. I would never be so crass as to describe anything on Trees as “new age,” because it is not. But there are moments of ambient bliss sprinkled throughout the album. I think a more effective description might be that of the electro-acoustic genre, which has been gaining in popularity a great deal lately.

The song titles themselves offer up a nice mix of visuals, including “Under Current,” “Summer Heat,” “Another Place,” and “Rain.” Coleman has enlisted the help of some excellent musicians to augment his music. These include Kirsten McCord (cello), former CSC drummer Phil Puleo (on a number of instruments), Dawn McCarthy (vocals), and Ellen Fullman, who plays an unnamed, self-built “long stringed instrument.”

Although I consider Trees an instrumental album, the vocals of Dawn McCarthy add a beautiful, otherworldly element to “Summer Heat,“ and “Tracks.“ Her additions to the tunes are wordless, and quite mysterious, and deepen the overall effect nicely.

As for Ellen Fullman’s contributions, they are a little harder to place. The notes mention that she appears on two of the songs, and I believe they are “Under Current,” and “Live Out.” But there are so many different effects going on throughout the album, and since I do not know exactly what it is I am listening for, this is just a guess.

Whoever gets credit for what is a little beside the point though, for the musical mix is quite extraordinary. One thing is certain, if I had been played Trees without knowing who was behind it, I never would have thought of Jim Coleman. His embrace of such different tones than those of what he was first associated with is remarkable.

Trees is a very haunting, and thought-provoking ten-song set. Just when you think you have a “handle” on it, he changes the mood dramatically. I first noticed this on track five, “Another Place,” which is much darker than what had come before. As a classically trained pianist, I have no doubt that it is he who plays the fascinating piano melody on this song, and it fits marvelously.

As mentioned, the “genre” of electronic music we call electro-acoustic has become more and more popular recently. For those of us who want a little “more” than the glacially-paced ambient form, but still would like to hear interesting “mellow” stuff, Trees is an excellent place to start. There is a great deal going on here, but one of the elements of this music that I so enjoy is that it can be “actively” listened to, or just put on in the background, depending on one‘s mood.

One of my favorite albums of 2012 so far has been Four Shibusa by Monty Adkins. I hope Jim Coleman does not mind me comparing Trees favorably with that one. Although the two are different in many ways, both offer some of the finest music of the electro-acoustic form I have had the pleasure to hear this year. Reportedly, Coleman is working on an ambient follow-up to Trees, and I am looking forward to hearing that one as well.