Unison is an appealing and freeing piece of work... 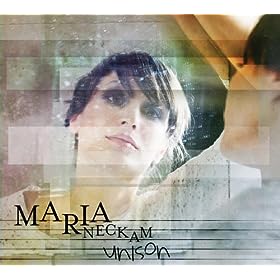 Neckam, who grew up in Vienna, brings the wealth of her experiences to Unison and elegantly moves through space with a combination of jazz technique and free-flowing vocal instrumentalism. She understands the bearing and artistry of certain words, as well as the importance of intonation and positioning. Drawing on this understanding, Neckam pulls together word images that remind of Suzanne Vega and Joni Mitchell while still sitting firmly on modern jazz footing.

On top of her individual approach, Neckam capably blends with the band. The ensemble formed in 2010 while on a tour of Italy. “It just worked immediately,” she says. “We fit as people and as musicians. I think I’ve always been pretty good at bringing people together.”

Her artistry should bring listeners together too, as her effervescence and word-painting propensities stretch over the expanse of Unison.

“I Miss You” is the most straightforward piece on the record. Even here, Neckam’s heretical word spacing proves a touch on the peculiar side – at least for sophists. In truth (and outside of the stale margins of the mind of a jazz purist), she works in service of the lyrics. “I like to let the words take the music wherever it needs to go,” she explains. “We don’t just talk in four/four.”

This path winds through each track, even when words are hard to come by.

Wordlessness evokes longing on the title track, a sparkling Schubert-inspired melody that rises through spiritual realms. The piece is underlined by Parks’ chording and Will Vinson’s alto saxophone solo. Other horn players include Samir Zarif (tenor saxophone) and Kenny Warren (trumpet).

Also worth noting is the appearance of cellist Mariel Roberts. She appears on three tracks, including the elegant “You Will Remember” with words by Pablo Neruda.

Deeply poetic and warmly spiritual, Unison is an appealing and freeing piece of work. Neckam’s refusal to fit any category tidily is exciting, clever and daring in a world often marked with monotony and timidity.