James reminds us that personality is an essential element in soul

Nowadays, with pitch-perfect performances the expected norm, most singers are auto-tuned beyond any trace of actual personality. They may sound great – once – on the radio, but there’s simply nothing human there to form a connection to, and as a result the singer and the songs tend to be both interchangeable and disposable. 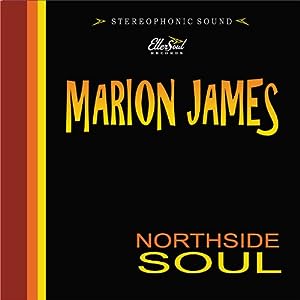 Marion James is a soul singer in the classic sense. She’s not technically perfect by any means, and her voice has a distinct, almost slurry quality to it – flawless articulation isn’t her strong suit. But soul isn’t about enunciation – it’s all about conveying feel – raw, unvarnished emotion – with authority and elan.

James is back here by a crack band - one assumes it’s the house band for EllerSoul Records, as it’s led by producer / bassist Tod Ellsworth, with Brad Ellsworth on drums. Also on hand is EllerSoul recording artist and guitarist Ivan Appelrouth, who’s typically brilliant throughout.

The playlist is varied and includes a handful of originals as well as a few chestnuts – from James’ own, slow-smoldering “Corrupted World,” a lament not just for current conditions but for what might and could have been, to a tender yet never maudlin “Candy.” “Next Time You See Me” gets a New Orleans treatment, wailing horns and percolating percussion rendering James’ version unique. She struts her blues chops on the bold and brassy “I’m Just What You’re Looking For,” wrings every emotional nuance from Ray Charles’ “I Believe To My Soul,” and gets dance-floor funky on “Man Size Job.”

The only misstep is a truly questionable of Willie Dixon’s “I Just Want To Make Love To You” that closes the disc. Following a scratchy, vintage intro - James herself doing the song in its original form - it quickly morphs into a slice of straight-ahead disco. One hopes it was meant as a bit of a lark, but even James sounds uncomfortable.

There’s a fine horn section on roughly half the tracks, but elsewhere Appelrouth’s exceptional rhythm work and keys (organ and piano) from Steve Bassett prove more than adequate to drive things along nicely, with tastefully arranged background vocals adding depth here and there.

James’ own compositions, in addition to “Corrupted World,” range from hard-driving R&B (opener “I Fell”), the after-hours blues of “Crushing My Heart,” to the defiantly assertive “Blues Recipe” (“Competition doesn’t bother me/I got the blues recipe”). “Mr. Blues” is actually a slippery slice of funk, while “I Know A Good Thing” is aimed straight at the dance floor.

Apart from the closer, James is thoroughly in control of proceedings. She never seems to be trying too hard – she doesn’t have to shout to get her point across, yet there’s no question that she owns each song, and the Ellsworth brothers provide superb support. The sound is classic, yet James’ voice and delivery are distinct enough to give the music singular character – soul, if you will. Good stuff!