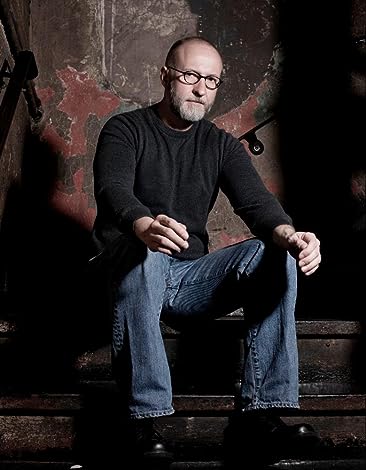 Bob Mould is a bonafide rock and roll Renaissance Man.

Over his three decades in the entertainment industry, Bob has serenaded us with thought provoking punk (Husker Du), pop music worthy of his best influences (Sugar), solo work that opened a vein for us to speculate on his personal life and loud, electronic grunge and DJ dance music on the road. He did all this and managed to be an early supporter of Aids awareness, came out on his own terms, dealt with hearing loss and wrote a damn fine memoir. And Bob did all this without regard to fame and/or fortune. No wonder so many of his peers respects the man and his music. You cannot get more honest than Bob Mould.

The current trend for musicians who have careers spanning decades is to pick a fan favorite record and perform it start to finish. It can be enlightening for the audience as well as the performer to revisit a career – making or career - changing record. Bob is doing that tonight in uber-hipsterville Williamsburg, Brooklyn. The performance will consist of the first release by his second band, Sugar, the fine Copper Blue,” and his new release, Silver Age. While I look forward to the new songs and will miss the faves from his catalog, it is the Copper Blue start to finish has me waiting for the gates to open on a steamy late summer day.

I came to Husker Du about five years late. The first record I heard in its entirety was their major label debut, Candy Apple Grey. The track “Too Far Down,” was on my mix tapes for several years after. In the early '90s, I managed an act on Rykodisc, the hip Salem, MA label that had bridged the gap between obscure CD reissues and cool new artists. Marketing and promotion man, Jim Neill, sat in my car late one night and wanted me to listen to Mould’s new band, Sugar, which the label was releasing soon. I wasn’t very excited but Jim proclaimed, (knowing my pop interests), that they were “like The Monkees with louder guitars.” From the opening strum of layered acoustic and electric guitars and the great melody and vocals of “If I Can’t Change Your Mind,” I was hooked.

Over the next couple of years, Bob and company released two fine CDs, several extended play singles with excellent bonus tracks and a B-sides compilation that worked much better than just throwaway tunes. It was around this time that Bob developed tinnitus, a ringing in the ears, from years of up-to-eleven distorted guitars and crash cymbals. He announced that his days of playing electric shows were over and embarked on an acoustic tour playing the best of his solo releases and fan favorites from Husker Du and Sugar. Ironically, the acoustic guitar was so loud that, while it pleased the audience, rather defeated his purpose. The sound from his stage monitors was enough to fill most of the venues he played.

Bob has never done anything halfway.

He dabbled in one of his non-musical passions, wrestling and writing about the manly art form, relocated to Austin, TX and enjoyed life. He even supplied the theme music for the Daily Show. One thing he could not stay away from was performing live as an electric trio with just a drummer and bassist. A friend and former roommate of mine, Jon Wurster, has been with Bob for a couple of years on drums when he is away from his job as drummer for Superchunk.

At 56, I should not be this excited about a live, outdoors show but I look forward to writing a review in a few hours. The Rodriguez performance last week invigorated me toward seeing live shows again, something that I have not really enjoyed in a while due to the general hassle akin to boarding an airplane.

(A half hour later)

I am on the front of a huge space and stage with full rock regalia in the backline – Orange bass rig, Marshall amps and cool drums. Mr. Mould is not worrying about tinnitus tonight – but I may be tomorrow. I am happy to see that I am not the oldest, non-hipster on the premises. The hipster contingency is out in force though. There are a couple of hundred in attendance for the support act so far but the typical NYC crowd usually saunters in just before the headliner hits the stage. True to form, by showtime, 2000-plus attendees are there for the show on the banks of the East River with the skyline of Manhattan as the backdrop.

A joyful noise was heard by all. The show was loud, really loud but note perfect.

Bob, Jon and Jason stroll onto the sparse stage, man their instruments and tear into the entirety of Copper Blue. I don’t think I have seen Bob smile as much as he did tonight. The tightness of the songs, taken slightly out of order for pacing, culminated with “If I Can’t Change Your Mind.” Bob spoke for the first time of the evening to welcome the crowd and declare that most of those songs were written just a few blocks from here – back before the bands moved in and when musicians were not allowed into the pool. He acknowledged the two decades passed since the record was released with a bit of disbelief just before announcing the present and his new material from Silver Age.

The transition was so smooth that the songs fit perfectly together with Copper Blue. It was a good sign that the audience knew the words to the new material as well as the older songs. Though a traveling musician for most of his 52 years, the Minnesota native embodies the spirit of Brooklyn, New York – and Brooklyn certainly loves him for it.